Like anyone in a relatinship with a news-hungry Swede, I’m kept pretty well-informed on Scandinavian current affairs.

At the moment one of the hottest and most controversial topics in the region, as in the rest of Europe, concerns immigration. Sweden, a nation always keen to take the lead when it comes to progressive politics, has not only been knocked back in its struggle to accommodate the lion’s share of Syrian refugees it’s taken responsibility for, but has also been fighting off the rising popularity of the Swedish Democrats – a far right nationalist party with a cutesy logo that belies its unpleasant politics. Think UKIP with a younger, slippier Nigel Farage. Yeah, that bad.

This increasingly paranoid and xenophobic edge to Nordic politics is troubling to many people there, especially the region’s immigrants. These include four of the five members that make up Stockholm’s Sudakistan, whose largely Latin American roots add an exotic rhythmic thrust to their otherwise strictly rockin’ stance.

If this premise leads you to expect something that sounds like Goat with some added latin percussion, then the album’s eponymous opening track will pretty much confirm that assumption. Which is no bad thing given such a delicious recipe, but the rest of the record goes on to show that Sudakistan have got a lot more going on than just that. In fact, you could say it’s the perfect example of how culture clashes can inspire unique strains of creativity. Certainly Sudakistan’s debut album, Caballo Negro, is a document that suggests that’s the case…

It takes a while to realise that though, with the first third of the album providing plenty of heat and energy without causing excessive excitement. ‘Mundo Mamon’ is a fairly standard garage thrash with an added touch of woodblock, while ‘Dale Gas’ gets going with the sound of a gun being loaded before shooting into the sort of deep astro-rock that Wand have been doling out to great effect this year.

However, the album feels like it really kicks into gear with ‘You And Your Way’, a howling thumper of a track that whips up a dust-cloud of guitars and drums. While much of Sudakistan’s ‘singing’ consists of manic yelps and howls (and, during one instrumental break here, whistling), this has the strongest vocal hooks so far, and cordially ushers in the stronger second half of Caballo Negro.

This portion includes such firecrackers as the riotous ‘Concrete Djungle’, which is like spending a wild night out with a clan of drugged-up ferrets, while ‘Rabia’ channels the politi-punk intensity of Manu Negra towards a groovier outlet. ‘Atomico’ drifts back into space a little, providing something akin to a breather in comparison, but it’s a very heavy breather; a hyper-ventilator even. It ends on a genuinely calming note though (one of very few on the record), thanks to some delicately strummed autoharp. Aaaaaaand relax….

… well, not for long, because ‘El Movimiento’ comes in with cymbals that slap you in the face like a particularly unforgiving sumo wrestler. And while I’ve never heard a ‘Rumba’ featuring sitar drones before, Sudakistan’s interpretation is still sure to get you shaking your hips.

‘Skymning’ is the best of the lot though – no wonder it’s the closing track, as where could you really go from here? A spiralling, psychedelic rocket-ship, it feels like all Sudakistan’s frenzied tension and angry carnival vibes finally find a glorious release. It’s a surprisingly beautiful song – if all the other tracks have destroyed your mind, feet and liver by this point, ‘Skymning’ shifts its focus onto your soul.

It shows that alongside Sudakistan’s grimy party anthems and formidable live reputation, there is a fearless approach could take them beyond their local compañeros Goat and garage contemporaries Thee Oh Sees. Their political edge also makes them a particularly exciting proposition in a climate that needs more artists and musicians to engage with wider society, and do so loudly. That Sudakistan have managed to combine all these things on Caballo Negro shows exactly why they could prove the most thoroughbred of dark horses… 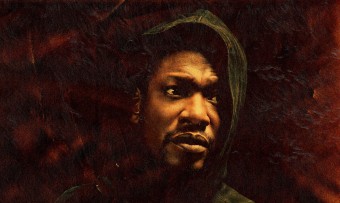 Roots Manuva presents his best and most honest album in a decade, offering an unflinching look at both his own psyche and that of wider British society...
Read More