This week’s singles column takes a ‘Forest Walk’ through some ‘Beautiful Rain’ with Jelani Blackman among others, making plenty of intriguing stops along the way…

Novelist has been busy, this must be his 3rd new track out in as many weeks. ‘Bigger Man Sound’ is Chase & Status at their most bearable with relatively predictable bars from Nov; it picks up pace in the last movement but apart from that the two acts meet in the middle to something good, if a bit passable. Nicholas Burman

I generally find tastefully minimal xx-style productions dull as hell, but Connie Constance manages to bring this one to life with a multi-textured vocal that swoops through the chilly keys and guitar licks like one of those green parrots that roost in Acton these days. Kier Wiater Carnihan

In yesterday’s Mutations Festival review, Alex Allsworth spent a fair bit of time discussing vocalists whose singing styles seem curiously detached from their speaking voices. I’ve never spoken to Brooklyn-based artist Ivana Carrescia (aka Eddi Front) but I imagine her soft cooing is just a slightly breathier version of her day-to-day diction, and it’s all the more effective for it. Plus the track is like a beautifully produced update on ’90s indie bands like Echobelly and Dubstar at their most morose, which you don’t get to say very often. Looking forward to hearing the rest of her debut album in March. KWC

The grunge revival shows no signs of slowing down, and why should it when 7″s like this are being released? ‘Animalia’ operates within the (admittedly pretty narrow) corridor between The Wytches and ‘Love Buzz’ by Nirvana, and I like the little kink Eric Tormey puts into his vocal during the chorus. Gang have recently been touring with California’s excellent Wand, and are set to contribute to another impressive double-act at Birthdays on Tuesday when they support Monitors’ favourites Our Girl. It’s a free gig, so if you’re free too then we’d suggest heading down… KWC

Beijing producer Howie Lee offers a jazzy Chinese take on the Clap! Clap! recipe, with the manipulated vocal samples of ‘Cloud Lamps’ drizzled over a spicy bed of percussion and bass. It’s delicious enough as a snack, but the full musical feast of his debut album Mù Chè Shān Chū is well worth tasting too. KWC

While there’s been quite a few trip-hop renaissance artists this year, in copying the style directly they’ve failed to capture the atmosphere. Jelani Blackman meanwhile has done it the other way round, utilising gothic tones with an amalgamation of stylish guitars and varied vocal deliveries. NB

‘Beautiful Rain’ is a very promising start to this 18-year-old’s career. Choppy percussion intercuts a soulful vocal sample and playful melodies. It doesn’t quite go far enough for it to be considered a stand-out, but the initial burst of optimism is welcoming. NB

NX Records’ Crossing Lines compilations are a nice insight into art school output, and usually catch artists at the very start of their projects. ‘Indigo’ takes a little while to get going, but once the vocals and James Blake-y synths are in full flow it really starts to swim. A graceful, delicate production. KWC

R&S have had a great year in 2015, and are rounding it up with Sam Willis’ new project, a welcome return from the WALLS and Allez Allez producer. The Primitive World sound makes a lot more sense drawn out across the full LP, but nevertheless ‘Q Type’ is a distorted, relentless techno stomper. NB

Grime has had what could be considered its biggest (commercially and creatively) year to date, and tracks like ‘Forest Walk’, that skitter and growl in equal measure, demonstrate why the genre has been so successful in shaking up the tedium of 4/4 dancefloors. NB

Theo Bard takes time out from running London’s premier folk night Woodburner to offer some melodious recollections of Dublin. It’s a little whimsical for my tastes but his voice and guitar-playing is as deft as ever, making it easy to see why he’s earned so much respect in that scene. KWC

This Bristol lot have been quiet for quite a while… so long I’d presumed they’d quit. I’ve got bags of goodwill for them though, as the first gig of theirs I saw is well up there with the best small-capacity shows I’ve ever been to. ‘Severin The Mind’ manages to capture some of that squeaky, rawkus guitar energy that made them so lovable back then. NB 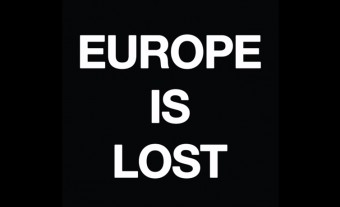