After a successful test run (walk?) in June, we bring you the follow-up autumn edition of Emma Hall’s Rock ‘n’ Stroll…

The Theory: Rambling about on foot is a neat way to test drive new music.

The Result: An author slightly more windswept and wide-eyed than before, but ears ringing from some newly discovered gems…

By its name alone, Fading Frontier seemed an apt choice for a Sunday jaunt to Crystal Palace Park. Every nook and cranny of this 19th century pleasure garden harks back to past pioneers now crumbling into nothing, and this paired up nicely with the rusted-up world view of the album’s cover. Despite this apparent nostalgia, Fading Frontier’s gorgeous opening track ‘All The Same’ is bursting with a vitality which belongs to the here and now. It’s got everything you’d want from fresh Deerhunter: plucky vocals, ringing guitar riffs and a bassline which draws power from its simplicity.

In the album’s latter half I found myself more dinosaur hunter than deerhunter, coming face to face with Benjamin Waterhouse Hawkins’ lifesize prehistoric sculptures, prepared for the Great Exhibition in 1854. The surreal Victorian vision of past was perfectly accompanied by the swampy dissonance of ‘Leather and Wood’, and then by the playfulness of ‘Snakeskin’. I was a big fan of the driving harmonic idea of the latter track: the only problem was that final minute seems to be begging for some instrumental showboating: something which the synths hint at but is sadly never quite realised. Nevertheless, the wonderfully anthemic, eccentric ‘Ad Astra’ which followed did more than enough to bring me, and, luckily for Deerhunter, the dinosaurs back onside.

In an effort to gulp down some fresh air in between autumn downpours, I took the new Merz for a brisk stroll into the backstreets of Tooting Bec. Thinking like a Mountain has an improvisational feel to it, reminding me of late Talk Talk, with sprawling structure, sporadic bass notes and the slow splaying-out of chords. This unpredictability was an ideal catalyst for choosing my direction at will and just seeing where the music would lead.

Indeed, the album is less focussed on a direction than ensuring each step is as pleasant as the last. Twelve minute opener ‘Shrug’ seems to represent the album in miniature, starting slowly with contemplative chords and wistful, noncommittal vocals, and ending with an unexpected atonal electronic breakdown. Likewise, the central part of the album is more concerned with atmosphere than much fixed melody or time, but then ‘Ten Gorgeous Blocks’ suddenly picks up the pace and amalgamates earlier ideas into a something much more frenetic and concentrated. And altogether rather good. As for my own journey, I walked for forty minutes under a beautiful dusky sky, and then ended up manically bulk-buying shampoo in the Tooting Broadway Wilkos, which did lend a certain symmetry to the situation.

Farao – Till It’s All Forgotten

Farao’s apparent aversion to anything close to a regular rhythm means that walking pace can get a bit jumbled. Opening with infectious clapping and synths which get straight through to the toe-tapping nerve, I was left with no choice but to try and find a pace which mirrored ‘TIAF’’s seven-beat cycle. I’m just hoping the fact that it was a dark night in Streatham means no one will have seen whether it was successful or not.

Till It’s All Forgotten reveals a Kari Jahnsen who is bursting with instrumental ideas, with the common thread of super crisp percussion and fearless vocals running through the centre of everything. For me, the crowning moment was the penultimate ‘Fragments’, whose murmuring vocals and quietly haunting keys brought out the brooding drama that is often held within the darkening nights at this late time of year. The album’s busy middle is somewhat outshone by this and the captivating opening track, but it was all still well worth getting my feet in a twist for.

This was the most incongruous stroll yet. 8am on a sunny Tuesday morning, keeping up with pencil-skirt-and-trainers commuters out of Waterloo station, and blasting myself with the industrial rampage that is the new Teeth of the Sea album. Indeed, there was a point halfway across Hungerford Bridge where I questioned whether my ears really deserved being subjected to ‘Animal Manservant’ on such a pleasant day: the track belongs more to a sewer rave complete with screeching rats and – bizarrely – a sombrero-ed Mexican trumpeter who seems to crop up at various points throughout the record. But I’m glad I persevered – I was rewarded with the bubbly bass of ‘Field Punishment’, which was positively disco-like in comparison to the nightmarish visions conjured up by the opening tracks.

Final song ‘Love Theme for 1984’, takes an unexpectedly gentle direction, with slowly building arpeggios and grandiose chords. It sounds like what people thought the future would sound like in the past, if you get my drift: think Terminator 2, think Vangelis in a spacey mood, think… a love theme for 1984, in fact. I arrived at work feeling like I’d already been to the dungeons of the Earth and then risen up to defeat Big Brother, so really can’t complain about this one.

Where the sounds Highly Deadly Black Tarantula juxtaposed in every way against the sights of the last stroll, the pairing of Divers and a Sunday sunset on Wandsworth Common was a pretty ideal fusion of the senses. I feel like Joanna must just sit on her fairytale throne laughing at other mere mortal musicians shackled by trivial things like key signature or structural convention. She disregards both and spins out music which follows its own laws of logic and beauty.

At this point I feel I should insert a trite comparison to the golden leaves and pastel sunset of Wandworth Common. But in all seriousness, title track ‘Divers’, a delicate yet raw contemplation of time and its passing, gained in its power and poignancy when I spotted three old men flying their model aeroplane across deserted football fields in the twilight, and stood listening and watching for a while. While the album’s flourishes of harp and harmony were instantaneous in their appeal, the walk left me looking forward to getting more familiar with the songs’ stories once cosied up at home in front of the log fire (read: in front of tea lights and crackling radiator). And there I will stay until the next Rock ’n’ Stroll coaxes me out into the cold once more. 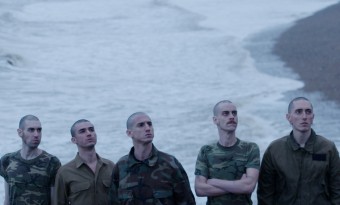 The welcome return of Fat White Family, Melt Yourself Down and Alis means we're partying like it's 2013 (a very good year for partying we'll have you know)
Read More