Odds are, if you’re watching an incredible sonic performance in Brighton, One Inch Badge have had a hand in it. After collaborating with Wire for the DRILL:BRIGHTON extravaganza last year, they’ve decided to stretch their wings into an annual Autumnal multi-venue festival and renamed it Mutations.

The line-up speaks for itself really, with a fairly simple philosophy of demanding that things be either incredibly noisy or incredibly weird, whilst keeping space for just about anything else that’s got a solid ear for it – the Canadian post-punk of Ought for instance, or the differing approaches to psychedelia offered by Jane Weaver and Vision Fortune.

Lightning Bolt lead the noise brigade, with Metz being almost as rowdy, and Om providing doomish variation on the theme. Chelsea Wolfe and Josh T Pearson take us in a different direction, and John Talabot should give us some minimalist headrushes as the night goes on.

Further down the bill is one of my favourites, Willis Earl Beal, who I first heard at End Of The Road, as a throbbing in the grass as I had lunch. I’m glad I let him disrupt my ploughmans because he provided an intensely angry one-man testimony of an aperitif and later, as I started digging up his much more laid back studio recordings, some of the most melancholic yet honest heart tweakers I’ve heard. No idea what side he’ll be presenting at Mutations, but I’m pretty damn excited either way.

Mutations aims to battle the queues and clashes common to city-based multi-venue events by decreasing the venues while increasing the capacity as each day goes on. With obscure delights such as Sea Bastard (seen them before but can’t remember anything apart from the name, although I think that’s more testament to the quality of the name than the band) further down the bill, you should be able to sample a wide range of sonic hors d’oeuvres before fattening up on some of the weightier dishes at the top of the bill.

Also, in order to spread the love around the whole of the fair city, Mutations is spending a day in Hove and a day in Brighton. Which is quite nice (and probably saved a few bob on Saturday night venues).

Tickets are available online at the Mutations website, or at Resident if you’re local.

£50 for a chance to blast some proper noise through your head. Seems reasonable. 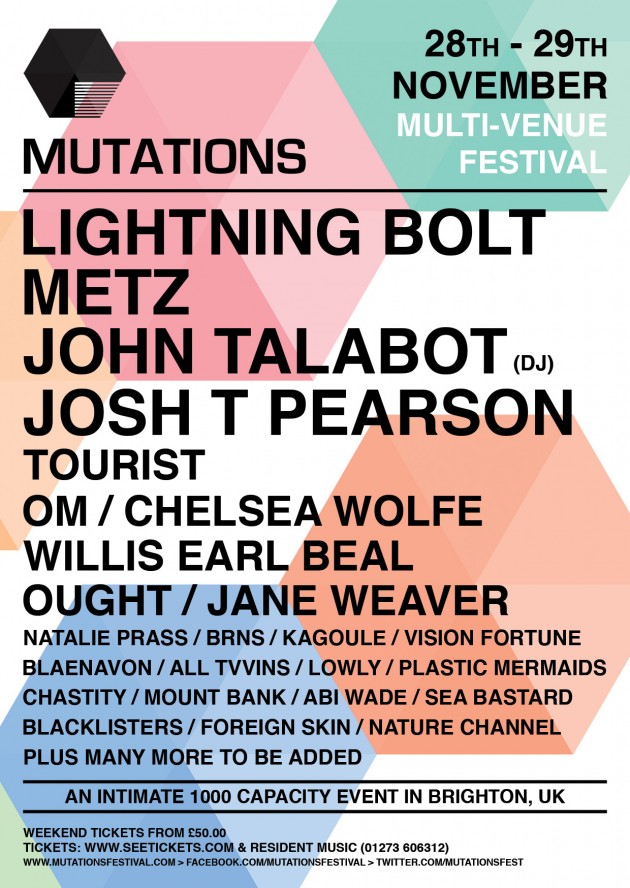 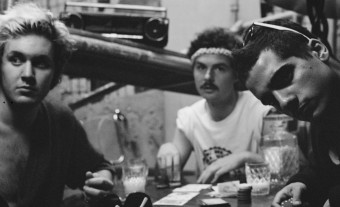