Jerusalem In My Heart, aka Radwan Ghazi Moumneh, first came to my attention following his long-playing collaboration with Suuns earlier this year. Both staples of the Montreal indie scene, the combination of Suuns’ more traditional approach to moody post-punk with Moumneh’s avant garde audio-visual project resulted in an exciting LP (one of our albums of year so far, in fact). After gaining some exposure off the back of it (perhaps unexpectedly for such a curveball project), comes Moumneh’s second solo album, If He Dies, If If If If If If.

A Lebanese national, the decision to write song titles with numbers in the place of letters serves more than an aesthetic purpose in Moumneh’s work, it acts as a way to recreate word sounds that wouldn’t quite come naturally to an Anglo-American audience. The record as a whole is highly communicative; the vocals (despite me not understanding any of them) are performed with a raw and emotional energy. The ease with which Jerusalem In My Heart fuses Arabic musicality with the harder edges of post-rock, techno and ambient soundscapes is stunning. It sounds at once like the horror of the sandstorms currently engulfing his country of birth (especially during the distorted opening of ‘Qala Li Kafa Kafa Kafa Kafa Kafa Kafa’), and the night-time cosmopolitan streets he’s surrounded by now. (Note the ’80s sci-fi soundtrack-a-like ‘Lau Ridyou Bil Hijaz_’.)

Second track ‘A Grunular Buzuk’ creates a grimacing atmosphere. The plucked chirps of a buzuk (a long-necked fretted lute) collide with the arpeggiated and the monotone pulse of a synth. This leads into the more vocal orientated ‘7ebr El 3oyoun’ where Moumneh sounds half hopeless and half hopeful, expanding on the dual emotions made apparent in the album’s title. It’s somehow desperately sad but never fades totally to black; you’re always hearing some form of light at the end of the tunnel.

The use of unforgiving track running times tests you with just how long you can focus on the implementation of the singular ideas, and stick around to hear their slow unraveling. If there’s one criticism, it’s that optimum listening conditions to this would be in a flotation tank, or even perhaps in a gallery, sitting alongside the ongoing visual side of the Jerusalem In My Heart project. There’s something about listening to If He Dies… on the go, or even at a laptop at work, which betrays the attention a sparse but considered work like this demands. It’s sort of like reading a book while simultaneously sending a few texts – in the end neither activity achieves its best end.

‘2asmar Sa7ar’ closes the record. The unforgiving buzuk is strummed, plucked, and clashes against waves lapping against a shore… a fierce human hand overpowering the relative tranquility of the tide. But then, without even saying anything, at the behest of a change of key and a mellower pace, there it is again: that light at the end of the tunnel. 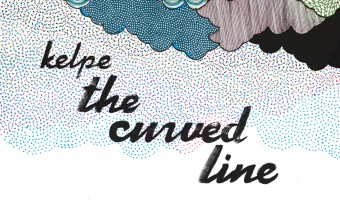 Kelpe's 'Curved Line' is a treat for fans of Caribou's kinetic live sets, and beautifully bolsters his reputation as an intricate electronic arranger...
Read More