Kier Wiater Carnihan and Nicholas Burman are your (bad) blood brothers as Single-Minded takes a look at Taylor Swift & Kendrick’s recent ‘remix’, alongside a hand-picked selection of the rest of week’s new music…

When those strings swept in at the beginning I half expected Hope Sandoval to swing in with them. She certainly would’ve had plenty of time, as Burey takes a full two minutes before deigning to sing himself; and then only continues for 30 seconds or so. Luckily the lush instrumentation means you don’t miss his voice much anyway. This seems to be positioning itself on the more cheery, FM-friendly side of trip-hop once occupied by the likes of Morcheeba, so will probably work well as background music when your aunties and uncles are round. Kier Wiater Carnihan

I rather like this; she certainly displays more pizazz for writing pop than many of the bore-minimalism lot do at the moment. Despite feeling that the music could do with a bit more oomph when the chorus hits, the Lorde-like restraint is nice and, unlike most tracks, a lot of the work kicks in during the second half. Nicholas Burman

An agitated 7/4 rhythm makes this the most gripping track this week; indeed, it grips so hard you might find yourself struggling for breath. Taken from the accurately named All Tense Now Lax, released on Night School Records in July, listening to ‘Grease the Axels’ is like being pushed down a hill in a barrel; exciting yet terrifying, with no idea when (or more worryingly, how) it’s going to end. Pure musical adrenaline, with taut violins that seem strung with raw nervous tissue. KWC

There’s been a lot of this future bass stuff going around for a while now, and indeed Maribou State have as much claim to the success of the sound than any, but about fifty seconds in there’s an all-too-brief jazzy crescendo which promises a more forward-thinking approach to the genre than the rest of the song delivers. Hopefully those five seconds point at future plans. NB

Novelist’s recent collaboration with Mumdance produced two of the most stark grime tracks the year, as sharp and desolate as a car park full of broken glass. ‘Ignorant and Wot’ lacks the crispness of Mumdance’s production, but the actual tune, an anxiety-inducing drone-fest, is grimly magnetic. The chorus refrain gets a bit tired after a while, but you could set a clock by the solid, inevitable punchiness of Novelist’s bars. KWC

October Drift – You Are, You Are

October Drift admitted a shared formative love of Smashing Pumpkins when we interviewed them as part of our ‘A Deafening Murmur’ feature on the noisy talent flooding out of the South West. You can definitely hear the Pumpkins’ influence on ‘You Are, You Are’, which moulds its distortion into obligingly melodic shapes. A three star record? We’re sure Billy Corgan wouldn’t think so. KWC

For a band with six people in it, The Phoenix Foundation manage to keep things relatively subdued. And while the scattered drum patterns and dreamy vocals are welcoming, this Grizzly Bear-styled approach to art rock has always left me a bit cold… NB

Like stepping in something nasty only to find it’s actually a dropped tiramisu, and there’s a load more in the fridge, ‘Different Species’ is an unpleasant pleasant surprise. There aren’t that many great guitar bands around right now but Pink Rick resemble two of the few, combining Girl Band’s deafening yet deadpan screaming and discordant guitars with Fat White Family’s sleazy stagger and kerplunking riffs. Bonus points for actually painting themselves pink in the video, and for setting the price of their as-yet-unreleased cassette at £666. KWC

A slow, bass-walking synth number lifted straight from an alternative (and funkier) universe’s Drive soundtrack. It’s as silky smooth as you’d expect from the Parisian label Kitsune, although it keeps its shades on for a little too long for you to ever get a good look at its face. NB

The scratchy vocals and haunting banjo initially reminds me of ‘splatterfolk’ weirdos Thinguma*Jigsaw, but ‘River’ seems to get chillier and lonelier the longer it progesses, until you’re not sure whether those are shivers going up your spine or it actually just got really fucking cold. A contender for track of the week, and it also comes with the best video of the week, which manages to concoct a similar mixture of both bucolic craftsmanship and something rather darker… KWC

‘The Klingon Race’ sounds like four songs are playing at once – by which I mean I actually paused it about three times thinking a separate browser tab was still open. While I can dig West Coast style slacker rock, and the addition of grizzly guitars gives the tune some real beef, it feels like there’s a lack of anything other than an intriguing idea on show here. NB

New York newcomers Sunflower Bean buzz like a faulty adaptor during the intro (and interlude) of ‘I Hear Voices’, and it’s those lo-fi stoner sections that appeal most on ‘I Hear Voices’. The rest rattles along like Felt Tip frotting Ponytail, but it somehow feels they’re pushing a bit too hard at point. Either I’m feeling a bit exhausted, or the faster sections are a bit too exhausting. KWC

Putting two of the biggest current music stars together is a bit of a no-brainer, and I’ve no doubt that these two weren’t being totally cynical when it came to making the track (they both have enough creative control for this to be more than just an elbowed-in commercial opportunity). Unfortunately, Taylor Swift’s hyperblown production grates against Kendrick’s distinct delivery, which feels much better suited to the more subtle (though actually way more complex) constructions from his regular collaborators.

A nice idea on paper that doesn’t quite work in practice; I’m still to hear the original but am presuming that Taylor’s better suited singing style would make this a little more enjoyable.

P.S. Based on the video, I hope Swift and co. at least manage to drop kick whoever this YouTube time waster and all round idiot Mark Dice guy is right in the nuts. NB

EP Address: Young Knives prove they can still cut it... 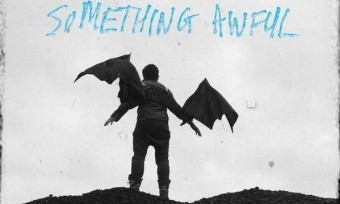