As the host city of both Primavera Sound and Sonar, Barcelona is somewhat spoilt for choice when it comes to stellar international events. Alongside the more local fiestas throughout the Summer both these events have become hugely popular for music fans wanting to combine a holiday with seeing a load of great musical talent.

While Primavera focuses mainly on foreign acts (its main genres are less likely to originate from the city as a rule of thumb), Sonar continues to build a much more local feel. So in the build up to one of the key weekends of the summer for electronic music fans, we run down a handful of the artists from both Catalonia and further afield in Spain who will be proudly showcasing their beats at this year’s event in June.

And we start with with Davic Nod (Sonar+D, Friday 19) and the more ethereal side of the spectrum. Born in Barcelona but now based in Berlin, his most recent project is built from a sound library of sounds from over fifty international artists – all pieced together to a build a patchwork of dreamy ambience.

On a similar tip is Pedro Vian (Sonar+D, Saturday 20). Though more interested in discernible beats than Nod, his minimal approach still feels light and sparkly, as opposed to overly industrial, and should suit his sunny afternoon slot perfectly.

If all this sounds like your tip then Skygaze will be well worth highlighting on your schedule too. Four Tet-y in production, with starry synth textures and warped basslines (+D, Thursday).

From far south on the Canary Islands comes Colectivo +O, formed of eleven members on a daily basis, OswaldoH and Woodhands will be representing the group at Sonar +D on the Thursday. Largely focused on the more jazzy end of the house and electronica spectrum, they’ll be one of the first things a lot of attendees see at the festival, easing them into the three (four, five…) days ahead with ease.

If getting your stomp on is more up your street then there’s plenty of that for you too. ¥€$Ø’s (By Night, Saturday) warped footwork rhythms will turn the late night crowd into a swarm of semi confused swinging jaws. Trap/’Festival Trap’ is particularly popular in the city, thanks somewhat to the weekly Trill club night at Razzmatazz, and both Downites and Innercut will be representing the homegrown side of the genre.

The slightly more ‘authentic’ take on the genre will come from PXXR GANG though. Barely known outside of the Spain, the group, made up of teenagers from around the country and also Morocco, have become a sensation among teenagers in Barcelona (one apocryphal tale being a showcase in the city a while back which had to be cut short due to smoke from crack pipes wafting out of the toilet doors from their largely 15-18 year old fan base). Despite it being music produced purely to be played out of phones, they’ve managed to pack out the Forum (Primavera’s location) previously and they’ll no doubt be relishing the opportunity to prove themselves to a more inquisitive crowd at Sonar 2015 (By Night, Saturday).

There are two curve balls at the event as well; the first being CaboSanRoque, a duo who build instruments out of typewriters, bins, car wheels, etc, and then control them to create a glorious mess via keys and iPads. The pair are endlessly creative and worth watching even if just to be excited the individuality of it.

DJ Detweiler meanwhile will likely prove to be far funnier than any of the PC Music team in attendance, whilst sounding much the same. Despite being pretty much a massive joke (and irony always sending me running) it might also be quite funny for about ten minutes before you get an opportunity to grab another cerveza. 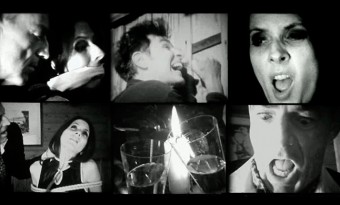 The legendary Tav Falco - aka the “ditch digger of American music” - presents the UK premiere of his new film at the Horse Hospital this weekend...
Read More