From the outside, most recording studios are much of a muchness. Non-descript buildings in urban settings, there’s often not much to distinguish them from the solicitor’s office or residential block they probably share a street with.

That’s not the case with the studio that’s spawned The Dusun Sessions. Based in a Malaysian eco-resort, the studio sits square in the middle of the Berembun jungle. It’s there that producer and bass enthusiast Cee, of the Al-HACA Soundsystem, put down his roots and combined with electro-pop native Darren Ashley to form Future Soul group Bass Sekolah.

With Cee spending much of his time tour-managing around the country, the great and the good of the global electronic music scene ended up enjoying some down-time in the Dusun eco-resort. And, naturally, many of them ended up in the studio, jamming and collaborating with Bass Sekolah until, all of a sudden, the duo realised they’d created a concept album without even meaning to. The Dusun Sessions was born.

“I was kinda unaware of the project,” Ashley admits, “and thought that we were merely having a little bit of live spontaneous fun composing with every guest I got to meet at the Dusun when I was there hanging out in my free time. Little did I know it would bloom into a full story…”

The environment of the jungle itself helps give the album its unique sound; this is definitely one to listen to on headphones in order to fully appreciate the field recordings that add such rich texture to the music. “It’s never quiet on the Dusun, yet it’s calm,” Cee explains…

“The jungle never sleeps. Writing music here is like a dialogue with nature, with yourself. The jungle never sleeps and we wanted to share a seamless, smooth, continuous mix with people, like a story. I felt honoured working on music with these people and simply wanted to share the outcome in the true sense of the word sharing, which is why we’re giving this music away for free… The Goethe-Institut helped us with putting this music out. We were able to cover our cost and that’s all that mattered for this project.”

The Monitors are proud to present the first play of one of our favourite pieces from the record, a collaboration between Bass Sekolah and our old favourite Daedelus. Titled ‘Of Rocks & Trees’, it’s a deep, contemplative track that sounds a little like Chet Faker after ten hours of transcendental meditation. Listen below:

As Cee describes, the jungle itself provided tangible inspiration:

“For ‘Of Rocks and Trees’ Daedelus and I walked around with a field recorder quite a bit to find little sounds that could give us the first glimpse of inspiration to start the process of writing. We went down to the river and started rubbing rocks against each other, then we stretched these samples endlessly and got lost in the layers.”

Daedelus himself enthuses on the Dusun’s unique atmosphere. “Rarely on tour do you have a moment amidst the chaos of it all to collect thoughts and renew yourself. The Dusun is a very special solace. Cee and family made it possible. So many sunrises! Misty mornings full of jungle’s natural music, it is a nice challenge to make form from. Beyond the sounds, you have a setting unlike any studio in the world. Dank, humid, spicy, makes for creativity that is unbounded by the usual electronic concerns.”

You don’t get that at Abbey Road. 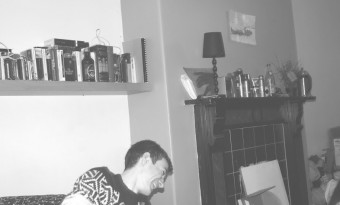