There are two things you can guarantee at a Lexington gig: good whiskey and good sound. Unfortunately I arrive too late on Friday night to take on the three-deep downstairs bar so have to forego the former, but the five-time thunder of ‘Interpretation’ by Disappears is already shuddering through the floor. Clearly the latter is in full evidence.

Unfortunately this also means I’ve missed support band The Oscillation by some margin, but having seen them a couple of times before (and indeed supported them at this very venue) I’ve no doubt they provided an appropriately hypnotic experience. If you have the opportunity to see them in future, learn from my tardy stupidity and get there in time. Although if you’re a bassist or a drummer, prepare for their rhythm section to put you firmly in your place.

Anyway, upon passing through the upstairs doors, the bassy thwack of ‘Interpretation’ becomes a full-on shove in the chest. I squeeze into a decent spot as Noah Leger’s sharp snare hits shoot out with a metallic, mechanical consistency and frontman Brian Case peppers the crowd with sudden yells. It’s rare to walk into a gig and be so immediately enthralled, but the dark beguiling groove instantly takes hold and doesn’t let go for the next… well actually I have no idea how long they played for, which is generally a good sign.

The set largely draws from the band’s recent, revelatory album Irreal. It’s the first record of theirs I’ve really gotten on board with (read: been absolutely slayed by), and while I’m reliably informed they’ve always been a formidable live proposition, the quality of the newer tracks shines through. The flickering rhythms of ‘Another Thought’ shudder through the room in a noisy spasm, while ‘Halcyon Days’ creeps over us like an evil green mist.

Best of all is ‘Irreal’ itself. Kicking off with a sort of twisted harmonic arpeggio, the song showcases Leger’s thumpingly brilliant drum style perfectly, and my eyes stay fixed on him throughout. That isn’t to downplay the importance of the others though; Jonathan Van Herik’s textural guitar-playing bonds everything together, while Damon Carruesco’s basslines are perhaps most important of all, adding vital measures of depth, volume and propulsive groove.

While an old friend I bumped into afterwards wasn’t overly impressed with Case’s vocals, I enjoyed the way he didn’t try and dominate the sound at any point, using his voice to shape the sound like a rake through sand, rather than play the frontman role. Also, the interplay between his guitar and Van Herik’s was refreshingly thoughtful. Like avant-rock band du jeur Viet Cong, they use their instruments to create an original, sometimes percussive, always atmospheric noise that’s irresistibly involving. Having seen Viet Cong play at Rough Trade two days previously, I have to say I far preferred Disappears (although it was an instore and they were clearly tired, so probably not a fair comparison).

Disappears’ whole performance felt haunting and bleak, infused with a sense of urban isolation that many Joy Division imitators have tried, and failed, to conjure in the past. That may not sound like a fun Friday night to some people, and just as well, as if the room had been any more packed I wouldn’t have been able to get in.

In fact, it’s only during an extended encore for the sell-out crowd that pockets of space appear and I manage to get a little closer to the stage. Unfortunately the spell Disappears cast during their main set seems to have worn off during the interim, and a cover David Bowie’s ‘Always Crashing in the Same Car’ seemed bland and lifeless in comparison to their own material. Leger also seemed to be flagging judging by the occasional drooping of the tempo (not surprisingly after such a performance).

After the show, I made my way back to the thankfully less crowded downstairs bar, and fulfilled that second Lexington guarantee with a delicious dose of Sazerac Rye. While the venue, despite its best efforts, can’t offer the impossible third guarantee of a great gig, I suspect it’s one Disappears can offer every time. Whenever they’re next over, I’ll be there to find out.

Image taken from the event poster, available to buy from Baba Yaga’s Hut 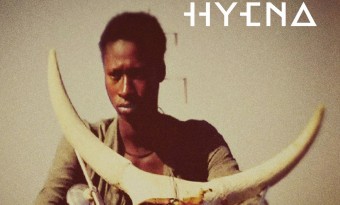 If Red Snapper's aim was to satisfy an audience who'd waited four months for this rescheduled album launch, then they succeeded - and then some. Residency anyone?
Read More