If there’s one thing that pisses me off about Australia, it’s the knowledge that when winter is at its bleakest in the UK, they’re swanning around in midsummer without a care in the world (apart from an increased risk of skin cancer). One suspects this might be one of the things Edinburgh-born producer Jonny Faith likes most about living there, judging by his irritatingly summery debut album Sundial. Irritating, you understand, only because it’s in such contrast to the temperatures keeping me wrapped in five layers right now.

Fact is, if the sun decided to poke its head out for two blinking minutes this would be the perfect album to greet it with. Faith may have the name of a ’50s rock and roller, but Sundial is all about mellow beats, sun-kissed grooves and a keen ear for sonic textures. Above all, it radiates warmth and good vibes, to the point where it feels like you should probably put on sun cream the moment ‘Sun Theme’ fades in with all the crisp sparkle of a springtime dawn.

The brushed snares and petticoat strings of ‘This Love’ are almost a bit too sweet, but ‘Slumber’ then steps in with a finger-clicking FlyLo-esque beat and enough smooth charm for you to set aside any misgivings. ‘Zheng’ then takes things up a notch with some endlessly cascading plucked strings, like a bunch of harps sailing towards a waterfall, propelled by the skutter of a powerful hi-hat motor.

The album really hits its stride around the halfway mark. The grandiose, cinematic ‘The Calm Before’ is appropriately accessorised with a string refrain reminiscent of Curtis Mayfield’s ‘Freddie’s Dead’, while ‘Dust Settles’ inspired Nick Burman to perform a sexy dance in the office. If you ever want to seduce a tall blonde man from Somerset, this is apparently the soundtrack you need:

After that the album seems to sink deeper into its hammock, probably with a sundowner and freshly lit joint. The choir samples on the title track recall Avalanches, another outfit audibly inspired by Antipodean sunshine, while the low-slung beat and deeply chilled tones of ‘Neon’ are neatly contrasted with rapidly cut-up vocal samples and thrippering hi-hats.

The kalimba goodness of ‘Firefly’ draws us towards closing, and the instrument makes it sound a little like a chill-out mix of something from Clap! Clap!’s immaculate Tayi Bebba album from last year, although unfortunately the spoken word sample about drug addiction sounds more like something you’d find in an ambient mix of a psy-trance track.

Despite that, it has to be said that more vocals generally might have been welcome, if only to add a little more differential character to some of the more somnolent numbers, as Taylor McFerrin did so well on his Early Riser album on Brainfeeder. It’d be interesting to see what the likes of, say, THEESatisfaction would do over beats like this.

Still, it’s only a minor complaint for an album that’s a more effective treatment for Seasonal Affective Disorder than any light therapy or vitamin D supplements. If Jonny Faith sounds this good now, just imagine what he’ll sound like once summer rolls around… 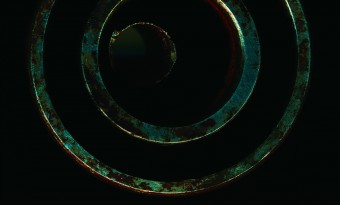 Zun Zun Egui's first album didn't quite manage to capture the roving energy of their live show, but can Shackles' Gift harness that electricity at last?
Read More