There are few names that extend so far beyond hip-hop that their original successes in the genre become overlooked. One of the most prominent examples of this are the killer bees, the Wu-Tang Clan. Off their name alone, millions who haven’t heard a lick of their music, or hip-hop in general, could provide you with the name’s origin.

Their claim to fame, regrettably so, is their stunning, genre-defining debut, Enter The 36 Chambers, released in 1993. It’s been over two decades and the group, composed of 9 emcees, have failed to put out anything as prominent collectively as their debut, a startling reminder of the group’s downfall in numerous aspects of their music. Their inconsistencies, failure to expand or change, and diverging career paths have made their group albums incredibly erratic and lacklustre.

Unfortunately, after a 7-year hiatus where RZA went off to Hollywood, numerous beefs formed through Raekwon, and GZA aimed at creating scientific rap, the group’s message still remains murky, lost amongst the litany of members attempting to lead it. A Better Tomorrow, their sixth LP, sports a fair share of delectable tracks, but comes complete with a litany of lifeless pieces that border boredom for a multitude of artists with no clear-cut direction.

The sound of Wu-Tang has always been easy to define, perpetrators of the early ’90s New York movement towards rugged, gangsta rap. Easily defined by RZA’s atmospheric production that, in collusion with their obsession with Kung-Fu movies, emphasized the grimy, unmastered sounds of lost Japanese cult film soundtracks, Wu-Tang’s sound was one unmatched in the era of which they were born. As each artist became further ingrained in their roles, like GZA as the wise, lyrical wordsmith, Ghostface Killah as the braggadocios mafioso kingpin, and Method Man as the mellow, drug-infused grimer, the Wu-Tang style became definitive, which inadvertently lead to their failures in continued acclaim.

They’ve remained stagnant in these roles and it shows on A Better Tomorrow. Verses within songs come and go without a clear message; take the opener, ‘Ruckus In B Minor’, which features every member and yet remains entirely devoid of a point. This can be largely attributed to its ‘heading’ role, as each member stakes their claim, but this is found throughout the record and can become quite disparaging when, in ’40th Street Black’ for example, amongst an assortment of street rap GZA pulls out scientific lingo as a throwaway verse to his long-awaited Dark Matter album.

The loss of direction A Better Tomorrow fosters really propels itself against the mainstay the title implies. A better tomorrow would need a concrete foundation, something the album lacks. In fact, the biggest seller for Wu-Tang’s new sound is RZA’s production, which sees a slight but noticeable leap in a different direction. His samples are more poppy, the sounds more concise, cheerful, and bright. The old, decrepit Wu-Tang sound is no more, and for many that’s a bad thing.

‘Preacher’s Daughter,’ ‘A Better Tomorrow,’ and ‘Wu-Tang Reunion’ take the sharpest detour from RZA’s trademarked sounds, working to an extent by breathing vibrant life in a group that centered itself around the lifelessness of everything. They feature giddy piano riffs, blaring trumpets and soul samples, and can be uncomfortable to hear at first from the Wu-Tang, but given the right perspective, that being a collective of nine 40-ish-year-old men who’ve escaped the street life, they’re celebratory and revitalising in all the right ways. Elsewhere, the beats on here attempt at rejuvenating lost Wu production, like ‘Necklace’ that features dusty bass reverbs, gun clock sounds and tantalizing female samples much like ‘Can It All Be So Simple’ off their debut.

Lyrically speaking the group bring their expected varieties, while all remaining constantly skilled. While their musical output has been iffy the last couple decades, no one disagrees on Wu-Tang’s talents on the mic. Ghostface, Method Man, Masta Killa, and Raekwon’s few verses all stand tall, showing their refined prowess on the mic, with decades of experience in flowing patterns under their belt. However, with time comes quantity, and it sure does show that nearly every artist here has run out of things to talk about. Unique approaches, both lyrically and stylistically, have flown to the wayside. There’s not a single verse that’s memorable, with a handful of them being cringe-worthy at best; case in point Inspectah Deck’s opening bars, reciting trending shows to stay relevant, but only inducing eye-rolls.

One-liners pop up from time to time that further continue this course, but nothing is more noticeable than the choruses, something the group has always struggled with. Catchiness has never been the forte of the Wu-Tang Clan, and it seems as though they attempted just that with A Better Tomorrow but failed miserably. ‘Mistaken Identity’, ‘Ron O’Neal’ and, most chagrined, ‘Miracles’ all lay claim to horrid choruses that pander to no one in the hip-hop community and are even cadences long past in R&B.

The features lacking on A Better Tomorrow are too prominent to ignore. For what it’s worth, a handful of tracks that feature great work from skilled artists coming together, like ‘A Better Tomorrow’, ‘Necklace’, and ’40th Street Black’, aren’t enough to overshadow the perennially uninspired feel of the album. It’s clear many verses, especially GZA’s, are phoned in, disconnected from their related companions in each track. These artists have formed hundreds, potentially thousands, of verses; to create one that wreaks of genericism wouldn’t take much effort.

It’s a shame considering the finale, a celebratory track gracing the Wu’s family reunion, is far from the act as their distance couldn’t be more obvious. And who’s really surprised? These men have grown up, their interests have expanded. To expect a concise, solid work would have been too much to ask. It’s too much to ask for artists, in any form of medium, to create stellar pieces of art two decades into their career. A Better Tomorrow is just another collection of inconsistency that we’ve come to expect from the Wu-Tang Clan. The pedestrian, mundane layout of the album, the lack of original content, and the failure to expand past their own reach make the group’s 7th LP dead on arrival. 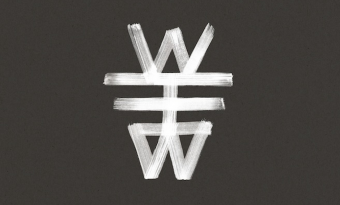