Ever had a cut that has become infected? Thick seeping yellow puss, leaking from a tender skin rip and running down the remainder of undamaged soft pale flesh to take residence in an evolving scum puddle on a cold tiled floor.

Hmm, Sounds deeply unpleasant when you put it like that really doesn’t it?

Well no, it doesn’t to me and Oozing Wound are here to keep that delightfully graphic image in your brain box. Earth Suck, the brilliantly named Oozing Wound’s second album (following 2013’s debut Retrash) features the three mean bastards of the band flicking seven hard metal pellets into your soft un-expecting face, hammering them further into your bony skull with mallets made of solid gold riffs.

Emerging from the primordial slime of Chicago’s noise rock scene, members Zack Weil (guitar, vocals), Kyle Reynolds (drums) and Kevin Cribbin (bass) have created a fucking belter of a grimy metal album. If it doesn’t get you nodding your bonce and putting off the winter haircut for a few more months then nothing will. Nothing.

This is sludgy, amphetamine-fuelled noise metal played by smirking, self-aware, destructively heavy gits. They have a song called ‘Hippie Speedball’ for fuck’s sake.

‘Going Through the Motions Til I Die’ starts the album with a stoner desert riff before descending into controlled metal chaos. Imagine, if you will, a swarm of very angry, sleep deprived bees coming straight for you and tearing away at your gentle allergy-riddled flesh, each sting sending you into a blissful coma. Just embrace the arthropod love.

Towards the end of the song the band slow it all down so you can’t escape the stingy, honey madness. Singer Zack Weil snarls through the lyrics like the mutant baby of Dave Mustaine and Tom Araya being flushed away down the toilet.

During previous interviews Oozing Wound have distanced themselves from the musical tag of “Thrash metal”, though on a cursory listen it’s easy to see why people are tempted to tar them with that very sticky brush. The riffs are metallic, fast and pounding and there’s certainly a large dose of hardcore on t’songs, which is sure to inspire plenty of good old-fashioned thrash head-banging and Slayer comparisons (see the punky ‘Bury Me With My Money’).

But unlike Anthrax, Megadeth and the other filthy bearders of thrash metal, Oozing Wound don’t piss about with over-long dual guitar solos or tedious arcane imagery. They’re more interested in repetitive grooves, humorous lyrics and crashing drops more akin to a rank cousin of stoner or noise rock. Put simply, they coil out dirty metal squids, aching to shoot their gooey inky mess into your vulnerable head holes.

There’s plenty of metal/noise fun to be had here, like the fantastic power metal of ‘Genuine Creeper’. All seven songs contain enough alloyed metal/rock to make a very large and comfortable hospital which can be used to house all the poor infected oozers who’ve been left in the wake of Earth Suck.

The truly excellent ‘When the Walls Fell’ builds as a space drone song before launching triumphantly into a speed metal riff backed by crashing symbols and distant sirens. It’s fucking sick. It’s the sound of being savaged by a pack of rabid dogs. Well that’s what I get for stinking of dog food, smelly bastard; it’s the only thing keeping me cords together these days, great adhesive. Anyway it’s fucking pounding. It’s almost literally the sounds of walls crashing down. Back to hospital then.

‘Colonel’s Kernel’ chugs along like a fucking diseased steam train with laryngitis. I tell you what, it would kick the shit out of Buster Keaton if it were in The General (one for the kids there). Let’s see him dodge this metal piston, the sod.

So if you pick at an oozing wound then you may just get an infection. But as long as it’s these little shits seeping out of your gaping skin chasm then you should be very happy indeed. Keep the TCP away, I’m going to pick at it a little longer. 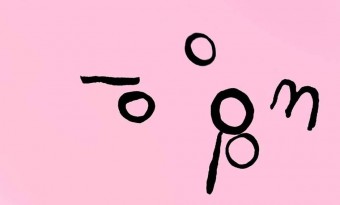 "You hear Ariel Pink talk about girls, love, penetration, being the "sex king on the velvet swing" and a "sexual athletic" and you can't help but feel it's not actually funny. Just strange."
Read More