Kevin Martin, or The Bug, has been hanging around those murky corners of underground UK street music for almost two decades. He has the uncanny ability to process, interpret and re-conceptualise a multitude of influences, genres and sub-genres without losing lustre or intent. Working primarily in dancehall, grime, dubstep, deep bass, noise, dubtronica – and countless other genres that will have lived and died before the end of this sentence – Angels & Devils arrives some six years after his last album, the superlative London Zoo.

As the title suggests, Angels & Devils is split into two distinctive parts: soft and hard. The first six tracks are the angels. Their tempo is much more languid and ethereal; electronic snares hiss away in the distance, submerged ticks of a wounded submarine. Grouper and Copeland’s guest efforts here are well within their comfort zone, which seems particularly astute by The Bug when compared to Gonjasufi on ‘Save Me’, which is the sound of a man not waving but drowning. The devils take control on the second half of the album with ‘The One’ featuring Flowdan, which is possibly the best track. Flowdan’s other tracks ‘Fat Mac’ and ‘Dirty’ are highlights also.

Flowdan and The Bug jive well together, their synergy of having worked together before makes all the other tracks suffer in comparison – more than a few tracks sound like awkward first dates. Flowdan delivers lines like a good raconteur, doling out the goods slowly, keeping you dangling until the next juicy bite. He looks even better – like Elvis singing Rimbaud-penned lyrics to a Beethoven score – when compared to ‘Fuck a Bitch’, a flat, tone-deaf dirge featuring the perennially angry and shouty dude from Death Grips.

Alas, Flowdan aside, Angels & Devils is missing something. On London Zoo The Bug displayed his prodigious talent for dropping a beat – brutal as a concrete block to the head – at the precise time. There was sparseness to the compositions too. The Bug knew when to expand and contract, and consolidate – knowing when to pull back and cut those heavy concussive beats is just as important as knowing when to drop them.

The devil tracks on the album should be right in The Bug’s wheelhouse. He should be hitting home run after home run, but he strikes out every time. The aggression is still there but the compositions are congested and lethargic. The Bug’s best work comes when he is building on others’ templates and foundations – stuff with firm roots that is durable and strong, and can be pulled this way and that without collapsing. Too many collaborators and tracks are fighting with and against themselves. The Bug’s music should taste metallic. It should leave a bad taste in the mouth. It should be banging and leave you with a throbbing hangover.

Angels & Devils, like the majority of The Bug’s output, feels like going to a party at a coke dealer’s house. Sure, there’s fun to be had, but there’s also a deep trepidation – the self-preserving voice in your head calling you an idiot under its breath relentlessly. An ambient menace pervades – pay for what you take, don’t take too much, arrive late, leave early – things could fall apart at any moment. There’s excitement, there’s danger – oh, and there’s The Bug in the corner. 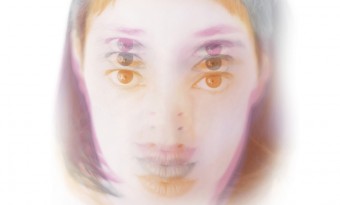 It's always been difficult to separate Lætitia Sadier's solo albums from her work with Stereolab - does her latest album manage to better sever the ties?
Read More