“We are now at our best and so Death Grips is over. We have officially stopped. All currently scheduled live dates are canceled. Our upcoming double album ‘The Powers That B’ will still be delivered worldwide later this year via Harvest/Third Worlds Records. Death Grips was and always has been a conceptual art exhibition anchored by sound and vision Above and beyond a ‘band.’ To our truest fans, please stay legend.”

The announcement of the death of Death Grips was taken with a pinch of salt. Throughout their career, Death Grips challenged and disregarded the expectations of their fans and the music press with frequent red herrings, strops, cancellations and publicity stunts. They earned an erratic reputation and were always keen on hype and controversy. With the second half of double album ‘The Powers That B’ set to drop this winter, even the most discerning Grips fans were forced to wonder if the breakup was a prank, designed to garner hype for the album and a forthcoming film.

The first half of the double, Björk collaboration Niggas On The Moon, proved to be their most critically acclaimed, accessible and fully formed record to date, and throwing in the towel so quickly after its release seems very fucking odd. If the release statement is true, and Grips are no more because “we are now at our best”, it is likely that Zach Hill and MC Ride are uncomfortable with their new-found success. Death Grips always seethed with unapproachability and contempt: their music was stubborn and uncompromising to the point of immaturity, like a spoilt child smashing up the family television because the crusts weren’t cut off his sandwich. 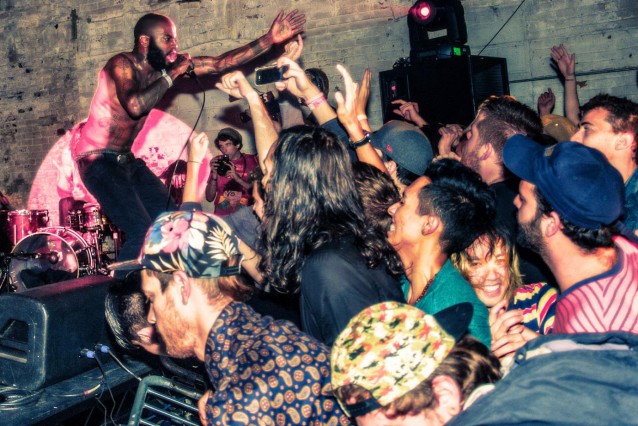 The power and glory of Death Grips lay in their repellent nature, their terrifying barrage of violent hypersexual noise, sheer attitude and refusal to give two monkey’s fucks about anyone except themselves. Perhaps it was Björk’s recent relationship with the band that led to a recent change in the media perception of Grips from a lock-up-your-daughters rap group to innovative noise pioneers. To the music press, Björk is like some sort of Frida Kahlo Virgin Mary; She herself overcame a negative media perception as a ridiculed alien lifeform to become the definitive maternal figure of underground music in the pop arena.

For all their more enigmatic, elusive and ugly qualities, Death Grips proved to be one of the most efficient hip-hop crossover groups of all time, successfully merging industrial electronic and noise elements with street brawler rap and punk rock. The group’s unique, pulverising sound will not be duplicated. In anticipation of the supposed final release, the second half of The Powers That B, here’s a quick run-through of Death Grips’ rude, short and sour life:

Exmilitary (2011): The first full-length tape Exmilitary was a Black Flag and Link Wray sampling joyride into the underbelly of California, a neck-breaking amalgamation of hardcore skater punk noise, aggressive drug rap and glitchy technopunk production. MC Ride displayed his bone-shaking street brawler flow in all of its grotesque glory, shouting and ranting about mental illness and blowjobs over carefully constructed soundscapes that would make even your Nan want to go out and get in a fight. Exmilitary saw Death Grips crowned the Iggy & The Stooges of the grit generation, and they even managed to get away with using a Pet Shop Boys sample.

The Money Store (2012): I caught Death Grips at The Old Blue Last around the time Money Store dropped, and can assure you that their formidable reputation as a live band was rightly earned. The Money Store was a clear step away from the organic energy of the first two records and live performances, and the album saw Grips amp up the electronic elements that would only strengthen with each new release. The Money Store is a cold, chrome dose of digital paranoia and de-personalised cyberpunk, as abrasive, explicit and seedy as ever.

No Love Deep Web (2012): Death Grips fucked over their record company and the result was this, one of the most notorious leaked records (and album covers) in recent history. The bizarre short art film made to accompany ‘Come Up And Get Me’ features nearly nine silent minutes of boxing footage and shots of MC Ride underwater, cavorting around the house and eating flowers. While many will tell you that ‘No Love Deep Web’ was the beginning of Death Grips’ descent into attention-seeking puerile provocation, there are enough thrills, spills and progressive mind blowers on the album to forgive the publicity-seeking shenanigans and the fact that it has a close up of a large erection as cover art.

Government Plates (2013) With Government Plates, Grips refrained from baiting the music press and concentrated on putting out a firm product. The visual art pretensions and avant garde sensibilities of previous outings are present in full force, yet balanced more convincingly with the riotous barfight vocals and depraved primal energy. Government Plates holds far more emotional depth and introspection than what came before, a welcome dose of humanity and vulnerability injected into Death Grips’ wires that would only increase with Björk collaboration Niggas On The Moon.

The Powers That B Part 1 : Niggas On The Moon (2014): Taking Death Grips under her wing and featured on every track on Niggas On The Moon, Björk ushered the band into the more welcoming corners of the industry, and they found that people no longer crossed the road when they saw them coming. ‘Moon’ is arguably Grips’ most cohesive, accessible and fully formed album, and it sees the band reach their peak in terms of balancing anarchic noise and hip-hop elements with carefully crafted soundscapes and arrangements. Björk’s manipulated dulcet tones add some much needed oestrogen to the Death Grips set-up, and MC Ride flows with far more versatility and composure than ever before.

Only time will tell if this is the end for Death Grips, but it’s not looking good. At least there is one more record and possibly a film on the way. Although I’m sure this won’t be the last you’ll see of Zach Hill and MC Ride, this certainly looks to be the end of Death Grips as we know it. A rich, blistering career and the best recent example of a band engulfed by their own hype. RIP for now.

The Powers That B Part 2 drops this winter: http://thirdworlds.net/ 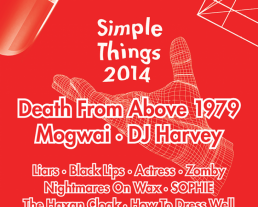 We take a look at the October Bristol event - where we'll be Bipp-ing along to SOPHIE and rawking to God Damn. We'll see you there for a pint of Black Rat.
Read More