After our new singles review column had a Tony Cottee of a debut after joining on a free transfer from Rocksucker last week, Jonny Abrams is back to run the rule over this week’s sordid offerings…

You can’t dance to it, you won’t ever really want to listen to it or play it to anyone, it’s too hackneyed to strike any kind of meaningful emotional resonance… and yet it’s probably head and shoulders above some of the singles we’ve got in store for you here.

Pessimistic? No, dear boy, it’s the voice of bitter experience.

Substitute out the male vocal for a female one and this would be practically the same damn song as the Avec Sans one above.

These hipster-lite synth-nubes need their noses rubbing in their own well-worn formula, as one would thrust a dog face-first into its own piss puddle, if they’re ever to realise their own ridiculousness.

I repeat: why in the blue hell would anyone want to create – or, for that matter, listen to – something that sounds like it came out ‘80s AM radio and promptly died there?

Not to mention the plain offensiveness of their faintly Velvets-evoking name. Makes a man want to swat them over the head with a copy of White Light/White Heat and say, “No! Not for you!”

Ah, Foster the Two Door Enemy Club! Come in, we’ve been expecting you.

Ooh, ‘ang about, scratch that – they’ve shoehorned a bunch of F-words into it.

Needless to say, not one of them is used to say anything even remotely important, unless the singer’s hangover is some kind of ‘state of the planet’ metaphor we’re not picking up on.

Just to clarify: no, a song doesn’t have to say something important, but if it has no other redeeming features then it becomes an issue.

A bit like how it’s not really a problem if you’re not wearing any underpants unless you happen not to be wearing any other clothes at all.

‘Killing in the Name’, ‘The Man Don’t Give a Fuck’ and other pointedly profane protest anthems would be spinning in their graves if they weren’t still teeming with the kind of life that deserts this stale-lager-scented indie disco claptrap altogether.

One and a half needlessly squandered commercial opportunities out of five!

A simple enough pleasure to be comfortably this week’s best single thus far, but that still doesn’t exonerate the kind of tremulous, sweaty vocals that could only be pumped out of a mouth encircled by dodgy facial hair.

An all-American band for your never-changing mood.

Three corn dogs out of five!

“Parental advisory: explicit content” – wuh oh! What’s it going to be? Some kind of asphyxi-news-wank, or a nun pleasuring herself with a Lynx can?

Or yet another ‘bad swear’ crammed unceremoniously into an otherwise sterilised environment? No, no swear – just Ezra getting hit by a car then stumbling into a police shoot-out.

Such pyrotechnics are practically demanded by the near-total absence of tune, unless of course ‘baritone Coldplay’ is your idea of a good time.

“What you waiting for?” comes Ezra’s repeat refrain – let’s have an original thought please, George, followed by some correct grammar.

Two and a half Made in Chelsea lookin’ dudes out of five!

Two dullards for the price of one! Anything could happen!

And it does – the video begins with a couple ordering sandwiches at a cafe. One and a half minutes later and there’s some kind of dispute about the sandwiches provided.

Then, alas, the music starts, thus ruining a perfectly good sandwich drama and ushering us into a world of prescribed rave and grating chipmunk vocals.

Our curiosity is momentarily piqued when the chorus appears to end with the line “Gonna love you like a duck with a baby”. Alas (mk. II), a cursory google reveals the line to be “…like a black widow, baby”. Of course.

One misheard lyric out of five!

It’s amazing how pleased someone can look with themselves while unwittingly stapling humanity to a state of unevolved narcissism.

Well, Compass doesn’t do it singlehandedly, but his particular brand of gibberish certainly doesn’t help.

“I’ve got the things to make you go boom bah! Boom boom boom bah!” Is he trying to say he’s concealing weapons of mass destruction? Better call the UN.

Unlike traditional Compasses, Joel is entirely without a point.

One and a half compass gags out of five!

Like a barn dance version of ‘Freedom’ by Wham! with a video culled from clips of Allen and her friends, including the phenomenally unnecessary Nick Grimshaw, pratting about at Glastonbury.

Sound good to you? Then you better check the name tag in your undies to make sure you’re not Satan.

One and a half tenuous grasps of music out of five!

He just won’t go away, will he? That much is a shame, because Green a) can’t rap, b) has an awful nasal squawk of a voice, c) says nothing of interest in his lyrics, and d) ropes in identikit dross like Kelly on guest vocals.

Half a total chancer out of five!

*Hocks globules of bile into the toilet bowl*

No testicles out of five!

In which Faith aims for ‘Amy Winehouse doing old skool rave classic’, and will probably succeed in the eyes and ears of pilled-up students too consumed with newfound elations to notice how it sounds like about a thousand other songs stitched together.

It’s a monster of a tune! A Frankenstein’s monster, that is.

Two and a half grotesque science fiction classics out of five!

Hipsters make uneventful tune, name selves after ‘70s sitcom, stylise name in capitals as if they were the only ones who thought of it.

Honestly, there seem to be about five of these every week. Maybe they should all get together and form the world’s dullest supergroup.

Speaking of all-too-prevalent nomenclature, how many bands now have ‘Club’ in their name? Bloody loads, and probably at least half of them peddle this manner of sub-Foals ‘bastardised Afrobeat’ forgettableness.

There’s an unpleasant whiff of U2 about it too. At least it’s not as bad as U2, and it won’t magically appear on your iPhone.

Two and a half perfunctory riffs out of five!

Single-Minded: Top of the Minipops... 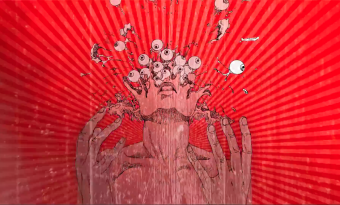 From Aphex's 'Minipops' to Flying Lotus' union with Kendrick Lamar, we delve into this week's singles to bring you the good, the bad and, er, The Kooks...
Read More