Having never been to a listening party before, I wasn’t sure quite what to expect from the the first public playback of Aphex Twin’s Syro, Old Smojphace’s surprise new album. For some reason I had a vague fantasy of walnut panelling, stupidly expensive Bang & Olufson headphones and plush leather chesterfield armchairs, into which I’d sink while discussing Richard D. James’ use of polyrhythms on ‘s950tx16wasr10 (earth portal mix)’ with someone resembling Frasier Crane.

Unsurprisingly, this vision was wildly off the mark. Instead, the sight that greets us at The Laundry next to London Fields is much more familiar, not to mention strangely nostalgic. The long queue snaking around several dark corners, glittering with cans of beer and febrile anticipation, leading to a large, nondescript brick Hackney cavern… it’s like a flashback to a turn-of-the-century rave.

These recognisable elements also serve to highlight how much the area has changed. Time was a late-night trip to this part of Hackney would come with a frisson of danger; back then you’d never walk across London Fields after dark with 100% confidence of reaching the other side with all your possessions. Also, this is no recently broken into squat we’re waiting to enter. While I’m not entirely sure what The Laundry was before it was The Laundry, I’m pretty sure it didn’t come attached to a restaurant offering pan-fried sea bream with pomme purée, caramelised fennel & sauce vierge at £16.50 a pop.

Still, after people have given their phones to the bouncers to prevent bootlegging (no one would’ve fallen for THAT back in the day), it becomes immediately obvious that this feels… right. A bare, concrete box filled with little more than a bar, a cloakroom, and a sizeable set of speakers that, as we enter, are already blasting out ‘Syro”s opening track: ‘Minipops 67 (source field mix)’.

Having been premièred by Zane Lowe last Thursday we, and presumably you, had already heard it several times. Which is just as well, as at the start the sound is fucking appalling. Unbalanced, distorted, and with bass turned up so far it all but obliterates the top line, the possibility that this event might turn out to be a massive cock-up starts creeping towards likelihood.

Still, even the poor sound quality can’t completely disguise the lysergic twists and turns it takes (sounding like a more sinister sister to µ-Ziq’s ‘Autumn Acid’), and as a comeback single it’d be hard to concoct something more crowd-pleasingly ‘Aphex’. And indeed the crowd is pleased, enthusiastically applauding as the track ends. While cheering a sound recording would normally seem like pretty odd behaviour outside of a DJ environment, under the circumstances it’s not especially weird, comparable to applauding a long-injured footballer onto the pitch even though you’re only watching in the pub.

The sound quality for ‘XMAS_EVET10 (thanaton3 mix)’ remains too poor to judge it properly, although my general impression is that it seems very long for a fairly conventional-sounding track by Aphex standards, during which nothing much happens (at one point I mistakenly assumed it’s segued into another track, but no). Still, it doesn’t dampen the palpable enthusiasm around me; a friend had joked about dropping some pills in the queue, but it seems like a few of the more kinetic punters in attendance actually have.

Things smooth down when the slick-sounding ‘produk 29’ slips into view, and the sound finally improves enough to properly appreciate it too. A glossy, laid-back groove makes this the Aphex track I could most imagine driving down the Sunset Strip to, albeit with the occasional discordant smudge of synth. At one point when the beat comes back in with added horsepower, you can almost hear the crowd groaning in approval, while the bloke in front of me looks like he’s about to inadvertently head-butt someone such is his rabid thrusting.

‘4 bit 9d api+e+6’ (another catchy title) sees the tempo taken up and some solid slabs of delicious acid laid down. It’s becoming clear that Syro is going to have much more in common with the Analord 12″ series and subsequent highlights compilation (released as AFX) than 2001’s Drukqs. Things ramp up even further as blinking strobes announce the arrival of the fun ‘n’ heavy ‘180db_’, with the rave-friendly atmosphere heightened by a thumping 4/4 beat and some vintage ’91 chords.

‘CIRCLONT6A (syrobonkus mix)’ is a bit nastier, a bit faster, a bit bleepier, and inspires a bit more movement from the crowd. It’s the grimiest track so far (although there’s still time for the odd flash of gorgeous harmony) and gets the biggest cheer of the night so far.

For a second I feel a slight tinge of irritation that Richard D. James has simply been sitting on these tracks for so many years when he could’ve been putting them out as they were made (some of the tracks here are at least seven years old), but there’s also the growing realisation that the album has been meticulously sequenced. Tracks relate to each other enough to be cohesive but are different enough to stop things getting predictable. There’s also a clear increase in intensity as it progresses (made more obvious by the reflection of that intensity in the crowd’s reaction). 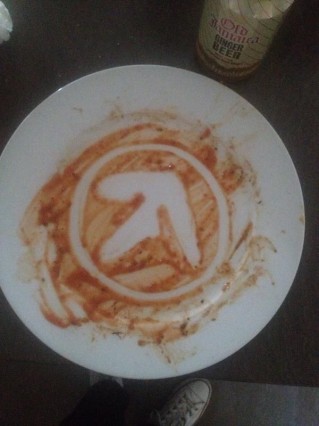 ‘fz pseudotimestretch+e+3’ is a glorious and bizarrely short burst of pitch-shifting bliss, before ‘CIRCLONT14 (shrymoming mix)’ kicks in with a beat so spiky it’s like having an android Phil Taylor hurl darts at your face. Rhythmically it’s the most ambitious track so far, one of those where it seems like no two bars are the same, which is probably the case. Ecstatic chaos. Again, though, it’s twinned to some rather lush harmony (and a few trademark warped vocal melodies), cementing the impression that ultimately this is a record that showcases Aphex Twin’s talent for harmony over his obvious mastery of rhythm.

That’s not to discount the importance of rhythm though; during one hi-hat firing squad a girl in front of me starts jumping and screaming, and the track receives an even louder roar of approval when it finishes. Clearly, for this crowd at least, faster = better.

Initially ‘syro u473t8+e (piezoluminescence mix)’ (copying out these titles is becoming a right pain in the arse by the way) threatens to be the least enjoyable, or perhaps least distinctive, track so far. Then there’s a bit which sounds like someone shagging a harp followed by a sexy breakdown, and it turns into something of a banger. Fair play.

It’s now clear that Syro is far from a disappointment, and the choir-like synths of ‘PAPAT4 (pineal mix)’ inspire a quasi-religious reaction from the crowd, before the impression is shattered by the sort of obscene squelching you might hear emanating from a decomposing corpse. In fact, the track – and its even more intense follow-up, ‘s950tx16wasr10 (earth portal mix)’ – combines many of the album’s key elements: serious bass, irresistible beats, beautiful harmony, and the occasional flurry of rhythmic mayhem. I even think I hear an old Warp favourite on the latter, a turbo-fractured Amen Break. Classic!

A friend, amused by my note-taking, insists I write down “that last one smashed it” at the end of ‘PAPAT4 (pineal mix)’. Another bloke nearby throws in his two cents too: “Make sure you say it’s nostalgic of 1996”. He’s right, although I’m becoming increasingly self-conscious about my notepad. I expected to see the industry heads nattering at the bar and the up-for-it fans dancing next to the speakers, but where are all the other geeks?

Turns out they’re the ones with fingers on their lips, telling everyone to “shhhhhh” as closing track ‘aisatsana’ fades into view. It’s an absolutely lovely, and rather melancholy, solo piano composition, replete with birdsong. It’s also unfortunately ruined by a few people who ignore the shushers, although I’ll make an honourable exception for the man behind me who sounds almost tearful as he exclaims, “This is beautiful… this is so beautiful.” He’s not wrong. It’s a superb ending to the album.

And it’s a superb album. Yet I think, especially after reading a few other one-listen reviews, that something’s been nagging at a few people after hearing it. It seems there’s a slight feeling of disappointment that after all this time, the new Aphex Twin album isn’t utterly ground-breaking. Or even ground-breaking at all. “After 13 years,” they gripe (conveniently ignoring the Analord series and records released as The Tuss), “he’s returned with an album less experimental than Drukqs? What gives?”

Yes, at his peak Aphex Twin was a true innovator. He released records that completely redrew the parameters of both electronic and pop music, and redefined many people’s conception of what music could be; including mine. However, the fact is that the music has moved on. People have caught up. New genres have risen. People who grew up with Aphex Twin have released incredible music thanks to his influence. People who grew up with Aphex Twin have made fucking godawful music thanks to his influence. It’s a different era, and just because Richard D. James has long hair and a beard doesn’t mean he’s going to stroll in like Jesus and lead us into some new musical paradise.

Anyone expecting him to somehow revolutionise music all over again is bound to be disappointed, and deserves to be disappointed. Yes, Syro isn’t nearly as ambitious as Drukqs. However, an an album it’s a lot more successful – there’s not a single track on it I didn’t enjoy, which is the first time I’ve ever said that after listening to an Aphex Twin album for the first time.

Ultimately it’ll take many more listens to know for sure. And I’m looking forward to each of them. 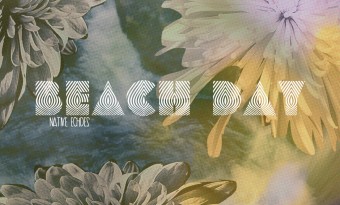 Beach Day's new album contains plenty of echoes beyond its title, but can it extend beyond mere parody (and distract Emma Hall from rainy day jigsaws)?
Read More