There are people who see using technology as a sort of anti-experience, taking time away from precious face-to-face conversation. But without an event app I would’ve spent a Tuesday in Berlin wondering where all the fun was, instead of witnessing the Berlin Soundpainting Orchestra at Babylon.

The building is an Art Deco triumph; strange mustard yellow on the walls, parallel lines curving around smooth edges. The cinema screen is even square, which doesn’t sound that weird but imagine watching any current film in that format.

The orchestra was recreating live music for four experimental, silent, black & white films. The first was Ghosts Before Breakfast by Hans Richter, a combination of stop-motion animation, illustration and trick of the eye – according to the first slide it was banned by the Nazis in Germany. The second film, Man Ray’s Les Mistères du Château de Dé, was a suspenseful thriller, if largely incomprehensible (even with the French translated to English by one of the vocalists). 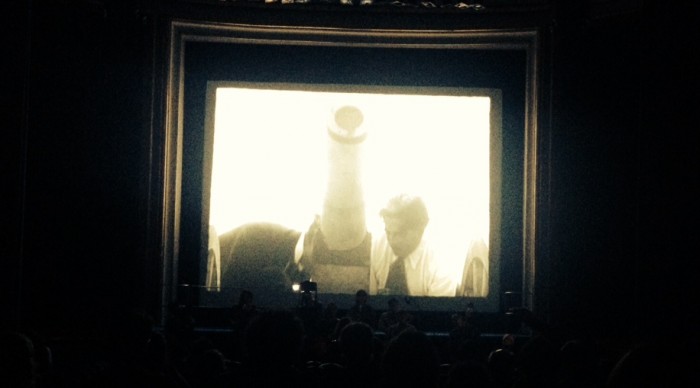 The third, Entr’Acte by Rene Clair, involved a coffin sliding down a hill sequence, which I imagined would’ve been hilarious and shocking to anyone from the ’30s, and the fourth was Luis Buñuel’s iconic Un Chien Andalou, a bizarre account of a love affair – it isn’t surprising it was co-written by Salvador Dali, as one sequence features a man tugging a split piano, dead donkeys on each half and ants crawling from his hand, through a living room.

While all this was going on the band, comprised of a variety of vocalists alongside cello, piano, saxophone, etc., performed seemingly half-improvised musical ideas that had been inspired by the images. Usually the phrase ‘free jazz’ sends an automatic shiver down my spine, but in this context the dual creativity of the impressive imagery and representative sound really worked. It wasn’t always the perfect match, but for bringing an out-of-date practice to a modern audience without being conservatively retro, and making it work, makes me think the project deserves nothing but praise.

I would also like to take this moment to compliment the person who invented the cup holder that sits in-between the chairs in front of you (see below – I don’t know why this excited me so much). 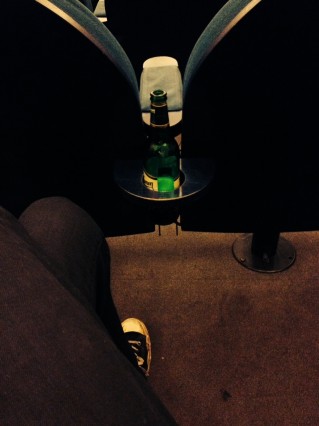 An evening of very modern technology leading me to very old films, with fusion soundtrack music to accompany it. I’d make a joke about it being some sort of ‘Babylon’, but…

Green Man: “A beacon of everything right at festivals” 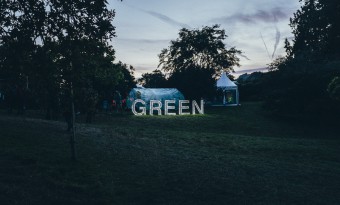 With an increasing amount of identikit festivals springing up all over the nation, what is it that sets Green Man apart from the also-rans?
Read More