Last year’s Beacons Festival brought us Ghostpoet, Wolf Alice and Temples. We also forgot our sleeping bag (note to self: don’t forget sleeping bag). But Beacons 2014 is looking to be even better. Once again relying predominantly on a smartly constructed bill of essential new, cult and rising artists, with the likes of Neneh Cherry and Action Bronson sprinkling a little stardust on proceedings, Beacons mixes up genres as it goes and brings them all to the small Yorkshire town of Skipton.

Leeds’ Witch Hunt will take their ghostly tones to the Noisey tent just after midday to edge everyone into the festival spirit. At 2pm British Sea Power will be performing their soundtrack album ‘From The Land to the Sea Beyond’ in full; the songs were originally written to accompany Penny Woolcock’s documentary on the British coastline and the album is suitably windswept and uplifting.

Caribou’s alter ego Daphni takes to the Resident Advisor tent at 6pm, but it’s the line-up of East India Youth (7:30pm), Vessels (8:30pm), Melt Yourself Down (9:30pm) and Action Bronson (10:30pm), all back on the Noisey stage, which will make the opening night special, while Roman Flugel should round things off at Resident Advisor in style.

Temple Songs (Argyll, 1.30pm), Beaty Heart (Argyll, 2.30pm) and Glass Animals (Last FM, 4pm) should ease festival-goers into the day nicely. Then, because pop music is particularly good at the moment, the double billing of Indiana (5pm) and Charli XCX (6pm) on the Last FM stage will bring some needed bubblegum fun to proceedings (check out the brilliant video to the former’s ‘Solo Dancing’ for an example).

Things then drop down a notch as Irish rapper Rejjie Snow, having obviously seen the weather forecast, confirms that “when it rains it fucking pours” on tracks like ‘USSR’ (Last FM, 8.30pm), with MONEY (9:30pm, DIY stage) then telling us ‘God Is Dead’ through their wordily epic pilgrimages.

Luckily for Fat White Family, staunch FWF-haters Joanna Gruesome are on a day before them at 7pm on the Noisey stage, with their post-punk Teenage Fanclub vibes preceding TRAAMS (10pm), Galaxians (11pm) and Hookworms (midnight) – who would be an essential watch if it wasn’t for the fact that they’re clashing with the ketamine-technomeister himself Jon Hopkins at the Last FM stage.

Girl Band shouldn’t be on this early (1pm, Noisey) but their self-deprecating lyrics and experimental noise should cut through the afternoon’s (wished for) sun. If they’re on form, Tall Ships (1:30pm, Last FM stage) and their promised new material will provide the uplifting interlude we’re always hoping they deliver, while Nope (3pm, Noisey) offer a pulverising blast of bracing prog rock – check out 30-minute stormer ‘Walker’ below for a rocketing example.

One band who won’t be uplifting will be Nottingham’s Sleaford Mods, on at 4pm on the Noisey stage (you can read our recent live report on them here). The Fall ‘headline’ (7pm, Last FM) – will they be good? Will they be shocking? Who knows, but spirits will be maintained/reinvigorated either way as Fat White Family are on straight after at 8pm.

With the immortal Neneh Cherry (8.30pm) and the luscious Darkside (10.10pm) then wrapping up the Last.Fm stage, there’s no doubt we’ll all be retiring to our tents with warmth in our hearts, and hopefully not too much mud in our boots. Bring it on.

We consult Handbook about his MPC 'Appendices'... 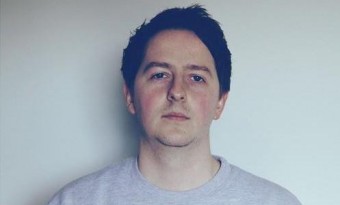 Flipping samples with the consistency of a sweaty grill chef, we chat to MPC master Handbook about eggs, abandoning guitars and virtual crate-digging...
Read More