Musical taste, perhaps better referred to as susceptibility, is an odd thing. Sometimes it takes the convergence of many factors for the listener to ‘get’ certain bands or genres, and I would say that Bohren & Der Club of Gore is a prime example of this for the millennials, or it certainly was for me.

A Monday morning at work with a temple-compressing hangover combined with discovering Bohren was… fucking morbid. Which was somehow perfect. I deposited my dissatisfaction with them and breezed through the rest of the day. Like attracted like and, oddly, the camaraderie lifted my mood. I passively kept track of the doom-jazz quartet after my brief pathetic morning and had a pang of intrigue when I heard of their approaching London date at St. John’s on Bethnal Green.

I had no knowledge (at risk of sounding cretinous) that St. John on Bethnal Green was a church until planning my miserly 45 minute walk to the venue a few hours before the performance. I’d had visions of Thorsten Benning, Christoph Closer, Morten Gass, and Robin Rodenberg miserably playing to a huddle of Generation X-ers in a back room venue smelling of incense and sweat, but in fact was faced with this hulking 19th century edifice. Being a simple northern lad, this was all getting a bit fruity for me, and I began to wonder what kind of cultic bollocks I had let myself in for.

My extreme prejudice was swatted aside as I walked in to find a vicar, not in a tutu but in a leather bomber jacket, wielding a pint of London Pride. The strange aesthetic appeal of this visage was quickly disrupted by a premonition of hipsters parading around Broadway Market in dog-collars. I made my way to the bar, staffed by middle-aged ladies more used to explaining the stations of the cross to six-year-olds, before taking a pew for Dean McPhee.

Navel-gazing McPhee was an unexpected treat. Ethereal, salty and sincere. A big old statue of Christ looming over him looked on in confusion at the cultural update unfolding below, and I enjoyed my anglican ale. The serenity of his (not His) performance relaxed me to the point of needing to find St John’s john, so I trotted off hastily into the catacombs before Bohren took to the altar.

By the time I emerged from the loo, the church had been plunged into Old Testament darkness, and ‘Im Rauch’ was holding the congregation in rapture while a smoke machine made a good job of recreating the sulphurous pits of Hell and obscuring the big old Jesus from view. The only light in the entire building came from four tiny spotlights placed, not over, but in front of each member of the quartet; occasionally the strings of a double bass would linger in view, but these four horsemen remained faceless for the entire performance.

Pretentious extended metaphor aside, Bohren played the role of host (get it? sorry…) at St John perfectly, warming the crowd to them with dry humour between pieces and promising an encore only if the crowd agreed that there was no need for them to leave the stage and observe any of the ridiculous ceremony normally associated with that rite. Definitely go and see them if you get the chance, and preferably in a church designed by the same architect as the Bank of England.

P.S. By the door, all artists had stalls selling their wares #Tradinginthetemple #Matthew12:12-13 #Awkward. 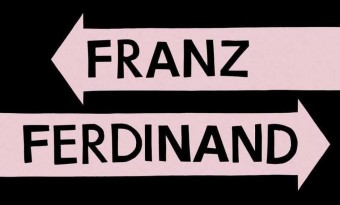 Guest editor Graham Jones sees Franz Ferdinand's latest tour go down well, but wonders whether the weak bladders in the crowd signify a crossroads for the Glaswegian veterans...
Read More