Further enrichment is also possible simply by watching the video above, which adds to the generally warm feeling by depicting Finn and family celebrating a tomato-related festival, ‘Jubilancy Day’. The intention is clearly to gently satirise the bizarre parts of existing holidays like Christmas, but I love tomatoes so much I’m actually tempted to petition for Jubilancy Day to be added to the calendar. For one thing, it’d mean I could drink tomato juice shandies without provoking the usual disgust from others (seriously, try it in summer for the ultimate daytime drink – half lager, half tomato juice, all refreshment).

All the attendees in the video certainly seem delighted, as they fondle tomatoes, squash tomatoes, drink tomato juice and, er, kiss a giant black rat that’s passed around the table before dinner. Still, last bit aside, it all looks like great fun, and if all Jubilancy Day carols are like ‘Snug As Fuck’ – a blissful, lackadaisical track somewhere between Mac DeMarco, Mini Mansions, and Finn’s mate Connan Mockasin – then I’m in.

The track is taken from Finn’s forthcoming third solo album, The Nihilist, on which he plays a frankly ridiculous 67 instruments. With titles like ‘Helena Bonham Carter’ and ‘Wrestle With Dad’, it promises to provide a similarly sweetly surreal experience, while I personally hope the John Waters lookalike in the ‘Snug As Fuck’ clip makes a reappearance in future videos. Now someone fetch me a beer and some tomato juice… 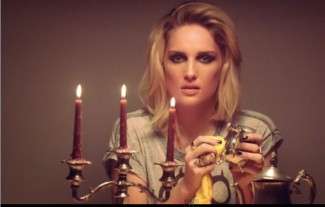 Beans being flicked? Dials being twiddled? Pussies being stroked? It's pretty clear what sort of 'Solo Dancing' Indiana fancies in this salacious video...
Read More