When most gigs you go to are at scuzzy Hackney venues where you inevitably end up with beer spilled all over you, usually by the barman, a trip to the Royal Festival Hall feels like a real treat. Not only do you get to sit in plush seats enjoying crystal clear sound, but they tend to stick the press all together so you don’t feel like quite such a dick when you hear someone behind you whispering, “why is that guy sitting there writing?”.

Of course, perfect sound and soft cushioning aren’t much good if what’s on stage is total cack, but that’s never likely to be the case when you’re watching Bill Callahan. First though is a brief support slot (sadly to a mostly empty auditorium) from Scottish folk singer Alasdair Roberts, a man who’s collaborated with Will Oldham and Jason Molina among others, and who launches into ‘The Year of the Burning’ from his recent Wonder Working Stone album with little fuss. The song concerns families in the Highlands being burnt out of their homes around the turn of the 19th century, but stripped of its fiery instrumental accompaniment the main thing that stands out is how incredibly bright his guitar strings sound. Seriously, those buggers really ring out.

Roberts’ is an incredible guitarist, and combined with his voice manages to evoke the smell of turned soil and taste of sea salt. However, while keeping traditional Celtic songs such as the closing ‘Fair Flower of Northumberland’ alive is a worthy endeavour, some of his own tracks seem to follow the auld formulas a little too closely to be compelling. Surely there are already enough songs about the bounties of harvest to require writing new ones? At points you almost feel like you’re being forced to sit through rural regional programming just because there’s nothing on the other side.

Perhaps it’s only frustrating because at his best, Roberts can produce music that feels so much fresher. At one point he starts integrating sensual Middle Eastern notes into his earnest Gaelic scales, and his guitar playing is frequently mesmeric (it’s a shame though that ‘Ned Ludd’s Rant (For A World Rebarbarised)’ doesn’t get an airing, as its anti-Tory message is right on point). Ultimately, though, it’s probably telling that at one point I overhear the old blokes next to me arguing about how to correctly pronounce the word ‘dour’.

On to Bill Callahan, decked out in a checked shirt and cowboy necktie. He cuts such an unprepossessing figure that at first his deadpan delivery almost seems like a voiceover being delivered from backstage. However, when the other instruments start to balance out, everything settles beautifully. Callahan’s guitar has an agreeable twang, Jamie Zuverza thumbs his bass with casual grace, and Adam Jones’ brush sticks tickle the cymbals adroitly. Guitarist Matt Kinsey is the night’s real revelation though; his sound is so warm it makes your ears glow, as he deftly sculpts his feedback into a winding river.

Speaking of rivers, the tracks from Callahan’s recent Dream River record, already good enough to merit a place on our favourite albums of 2013 list, really come alive onstage. ‘Javelin Unlanding’ gets a frisky percussive kick, while on ‘The Sing’, another smooth sundowner of a song, Callahan manages to deliver the line, “All the words I’ve said today are beer and thank you,” without making it sound like the lament of a lonely alcoholic. It’s soporific in the most enjoyable sense, eventually just rippling away like a stone tossed into a stream.

Stood stock-still next to his seated accomplices, Callahan doesn’t cut an especially sexy figure. Yet when he sings “all I want to do is make love to you” on ‘Spring’, the song suddenly rockets away. It’s surprisingly psychedelic too, bringing forth a heretofore unnoticed reflection of Steppenwolf’s ‘The Pusher’. At times Callahan’s loose but vivid story-telling also feels like the song-based equivalent of a Coen Brothers film (this scene from A Serious Man immediately popped into my head for some reason). He’s one of few songwriters capable of writing about sex and love simultaneously and authentically, a fact further proven by a welcome airing of old Smog favourite ‘Dress Sexy At My Funeral’, which goes down a storm with the crowd even if the ending instrumental goes a bit ‘Knocking on Heaven’s Door’.

Other Smog songs include a fantastic rendition of ‘Rock Bottom Riser’, which sees Callahan’s haunting ostinatos complemented by a scuttling snare rhythm. However, it’s Dream River track ‘One Fine Morning’ which is perhaps the highlight of the night. It starts in unremarkable, even pedestrian, style but is brought to life by a peal of feedback and a crumble of drums. It all feels very elemental; the way the song grows and diminishes is like a breeze picking up before suddenly dissipating. 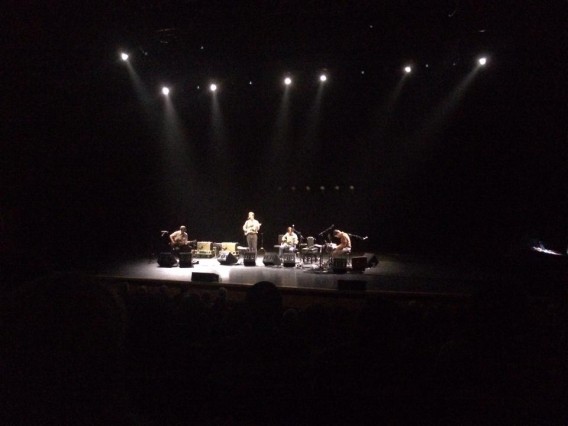 It’s an amusing side effect of Callahan’s static disposition that the slightest gestures – a head wiggle here or a barely perceptible bounce there – suddenly become flamboyant demonstrations of showmanship; there’s even a hint of an Elvis-style knee tremble at one point. His between song patter starts evolving beyond simple ‘thank you’s too. “On that song there’s the sound of an aeroplane on the record,” he tells us after a sweet version of ‘Small Plane’. “We tried to recreate it live but it sounded like an erection going down. Like they do sometimes…”.

The set does sag a bit around this point, but a spirited version of ‘America!’ provides a vigorous injection of energy and wit. In the context of a Bill Callahan set it’s a veritable fucking banger, and it’s a surprise not to see more heads nodding to the country-disco rhythms and squalling guitars – he even chucks in the theme from The Godfather for pity’s sake. I guess it’s just not that sort of crowd (or venue).

A poignant ‘Riding For The Feeling’ follows, before the band ascends the 6/8 staircase of ‘Seagull’ and dive gracefully into the 4/4 main refrain. Both feel like final, bittersweet drinks before leaving, but that part is ultimately played by set-closer ‘Winter Road’. “It’s time to say goodbye, so let’s say… goodbye,” sings our host, before spinning into ad-libbed verses about the afternoon he spent on the South Bank: “And the big eye… the big guy… when you go to the Tate, you don’t need a date… there’s already loads of people there… skinny sculptures… can’t think straight, all the abstraction at the Tate… Gerhard Richter… I left the Tate wanting to see a pretty face… I just want to see a pretty face”.

And with that charmingly clunky freestyle, Callahan and band stroll off stage right to huge applause. The audience, meanwhile, leaves not so much wanting to see a pretty face – just a repeat performance. 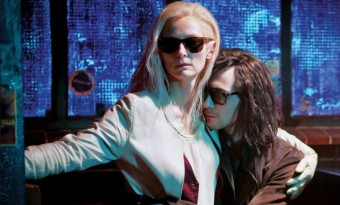 We check out the London launch of Jim Jarmusch's latest film, complete with accompanying gig featuring the director himself...
Read More