As a native of Southern California, where surf rock music is the perfect soundtrack to the scenery of palm trees reaching towards glistening blue skies, I am always surprised when bands from less sun-filled places produce music of this genre. Enter Seattle’s La Luz, who hail from a land of grey skies and pine trees and play surf rock music that sounds like it’s straight out of the 1960s. But their version of surf rock has more of a gloomy rather than shimmering sound, which makes sense. I had the chance to see them perform live at the Bootleg Bar in Los Angeles on January 22nd and it was quite a treat.

With grim lyrics like “now I kinda wanna die”, “what good am I?”, and “you’re like me/ nowhere to be”, La Luz could easily take their live performance in a sombre direction. They were the exact opposite of this though, seemingly inspired by the upbeatness of the instruments rather than the darkness of the vocals. They opened with one of their instrumental songs (I believe it was ‘Damp Face’) and had some choreography to go along with it that was reminiscent of the moves of ’60s girl groups, except they were actually playing instruments not just standing there looking pretty in front of a male backing band.

Guitarist Shana Cleveland stated that they were from Seattle and then made fun of herself for saying the word “Seattle” in what sounded like a British accent. The accent seemed appropriate though as she had a very mod vibe, slinking across the stage and swinging her guitar around in a way that reminded me of a cross between the performance styles of the Kills (without destroying any equipment) and the Horrors (without the shoegazing). The other band members gave good performances as well: keyboardist Alice Sandahl twisted around the stage, bassist Abbey Blackwell grooved, and drummer Marion Li Pino had swag. 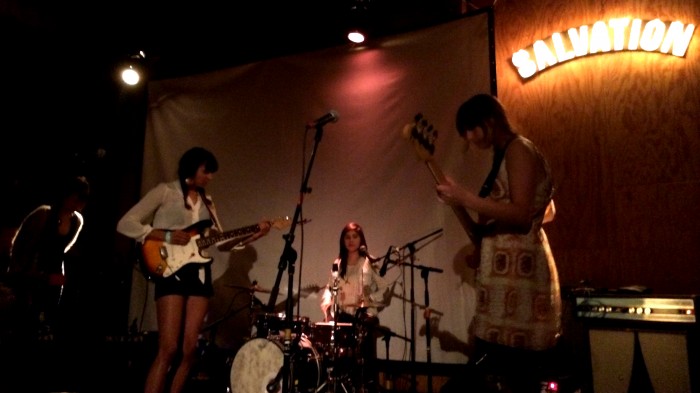 Towards the end of the set, after playing most of the songs off their album, It’s Alive, they stated that they forgot to play a song that was important if you followed their music. They wouldn’t tell us what the song was, but instead made the crowd choose whether their next song should be an instrumental song or a non-instrumental song. We cheered louder for the non-instrumental song and it turned out to be ‘It’s Alive’ which, yes, was probably a crucial song for them to play (haha). They followed this with another instrumental song though, so it was a win-win situation.

What I like most about La Luz is that they are a very collaborative band. Abbey, Alice and Marion all sing backing vocals and harmonies and Shana provides the lead vocals but is not declared as THE vocalist of the band. Instead, it is simply stated that “everyone sings”. This group effort is very inspiring and it was refreshing to see a band having a lot of fun playing their music together. They looked very comfortable onstage, as if they were playing a house party in front of a bunch of friends, and made me wish I knew a bunch of female musicians that I could start my own band with. If La Luz happens to be playing in your town, I definitely recommend checking out their show. 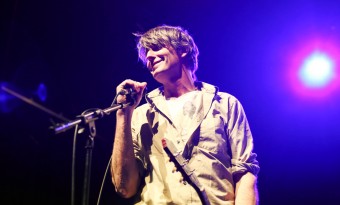 A typically no frills, laid back gig from the former Pavement man still managed to produced some surprising (and touching moments)...
Read More