Distant chimes, a finger-picked semitone descent, a crash of drums, a blast of brass and a sweep of strings; it’s clear within ten seconds of opening track ‘Magic Number’ that Damien Jurado means business on his latest album, ‘Brothers and Sisters of the Eternal Son’. It’s a softly psychedelic yet adroitly purposeful ‘opening credits’-style introduction to what could be Jurado’s greatest album to date. Although I wouldn’t know. Somehow, despite him knocking about for almost two decades, I’ve never heard his music before.

However, this ten seconds, which sounds like it’s been written for Lee Hazlewood by Swedish prog outfit Dungen, are enough to win me over immediately. And while Jurado’s voice is almost the polar opposite of Hazlewood’s deadpan baritone, its ghostly quality blends into the atmospheric brew seamlessly, while the occasional percussive collapse keeps things from feeling too smooth. Short of the album being sold with a mojito and a complimentary massage, it’s hard to think of a more welcoming way to ease the listener in.

For the more ignorant newcomer to Jurado’s music (i.e., me), ‘Brothers and Sisters’ is, according to what I’ve read and been told, a fuller, floatier and even funkier record than those he is most known for, which apparently err more on the indie-americana-folk-rock spectrum. Not that this doesn’t belong on that spectrum, but it has the sense of being the bit that isn’t quite visible. Producer Richard Swift may have had a hand in helping create this intangible quality; this is the third album he’s produced for Jurado, and you can bet your honeyed hind I’ll be seeking out the other two at the soonest opportunity.

Indeed, according to the short documentary below, Swift’s influence has had a rejuvenating effect on Jurado, who admits that “before working with Richard I used to dread making records… he is able to hear things in music that I don’t hear”. For his part, Swift talks up the dub reggae aspects of the record, which, considering there is no discernible Jamaican sound to it at all, we can take to mean the oceans of reverb that wash over it. Or the fact that he looks stoned out of his gourd half the time…

Whatever. What goes in to a record is never as important as what comes out, and what comes out here is frequently magical. ‘Silver Timothy’ starts out in fairly familiar America/Neil Young territory before exploding into a blissful, bubbling wig-out, while the woozy trudge of ‘Return to Maraqopa’ (‘Maraqopa’ is the title of Jurado’s dream-inspired previous album) is kept cropped in length and fluffy in feel, and slips down like a greased salamander.

From the silver-themed titles to the lysergic yet accessible sounds, the whole album feels like a less “look at me! Look at me!” Flaming Lips. Indeed, ‘Metallic Cloud’ could be a Wayne Coyne piano ballad, albeit one that also sounds bizarrely like ‘Cast No Shadow’ by Oasis. ‘Jericho Road’, meanwhile, is neither the first nor last biblical reference or Hazlewood-friendly track on the album, its Morricone-esque bells seeming like they’re gearing up for a high noon showdown. Yet its sense of drama is kept digestible – you can immerse yourself and let your imagination run wild, or simply whistle along while putting a brew on.

‘Silver Donna’ forms the six-minute centrepiece of the album, and one that demands to be listened to on headphones to truly appreciate the stereo elements. Found sound samples and swirling vocals are pinned down by an infectious bass groove, but while its length and loose structure might indicate that this is the moment that Jurado really flies free, everything still feels tightly composed and deftly contained, keeping it from crossing the line into self-indulgence.

Of course, maintaining this stratospheric standard over an entire album is a big ask, and it’s no shame that Jurado starts struggling to do so from this point in. ‘Silver Malcolm’ is a pretty enough track and expertly arranged, but doesn’t really go anywhere, while ‘Silver Katherine’ just makes me think of Bon Iver, who isn’t someone I particularly relish thinking about unless he’s guesting on a Colin Stetson composition (although the gentle ending, it has to be said, is perfectly judged).

‘Silver Joy’ is similarly unremarkable, its straightforward appearance suffering in comparison to the more fantastically bedecked songs that precede it. Then again, Mark Eitzel yesterday described it as his new favourite song. Then again, I think American Music Club are one of the most spectacularly overrated acts of the last few decades, so bollocks to that.

‘Suns in Our Minds’ wraps things up in more pleasing fashion, although the snoring sounds and jaunty feel are either cheerily charming or irritatingly twee depending on your taste (or, probably, whether you love the Beach Boys or not). Still, it has to be said it’s not a patch on the first six tracks on the record, which will likely stand up against any other sequential sextet of songs released this year. You know when people describe a record as ‘good, but won’t over any new fans’? Well, that doesn’t apply here. Consider me a new fan. 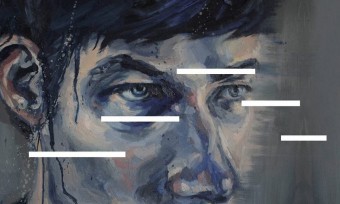 While we initially found East India Youth not so much 'genre-blurring' as wishy-washy, his debut album manages to take pop music into unashamedly synthetic and yet highly emotional territory...
Read More