Free Champagne, free drugs, exclusive aftershow parties, per diems, groupies, gratitude: all alien to the average entry-level London band in 2013. It’s all too easy for a stargazing twenty-something guitar act from Hertfordshire to get all pipe-dreamy about the hedonistic pot of gold at the end of the rainbow. And by their following said rainbow from their Mum’s semi-detached in Stevenage to our nation’s capital, their dreams of gratuitous septum erosion and adolescent girl zealots might be realised. Let me tell you now my Zone 6 and beyond brethren, that’s not gonna happen. An exposed plaster-wall bedsit in Hackney and post-Efes Mephedrone sessions are (perhaps literally) on the cards.

After a few gruelling years of lugging gear, dealing with disgruntled sound engineers and arguing with seven-seater cab drivers about folding the back seats down to accommodate a drum kit (despite having agreed to it at the cab office), it’s easy to become somewhat disillusioned with the process of being in a band here. I spent a good chunk of my latter teens and early twenties pursuing record deal mirages in the arid desert that is the underground music scene. So let me take this opportunity to relay my experiences to any bands perusing thetrainline.com’s ‘Best Fare Finder’ for cheap group deals to the metropolis. Allow me to impart to you my bitter wisdom. Not to disillusion, but to endow you with a healthy dose of pessimism – to keep you realistic in today’s industry. The tree isn’t fruitless, but it’s running out of apples.

There are several reasons for a potentially good gig to go awry. Some gigs are doomed from the offset (like when a promoter decides to charge £5 entry on a Tuesday), but others can simply take a turn for the worst. Here are some examples of potential ill-fated circumstances that can fuck up your gig.

Shit sound. It goes without saying that if the sound engineer has done a crap job, then you will sound bad. No matter how well honed your set is, you will sound bad. And your friends/potential new fans will think you’re shit. On the flipside, awful sound through the stage monitors can thwart the collective energy of the band, resulting in languid swaying and a visual impotence reminiscent of four flaccid cocks undulating in a feeble wind-tunnel. Your performance will look uncomfortable and will disengage your already indifferent hipster audience. 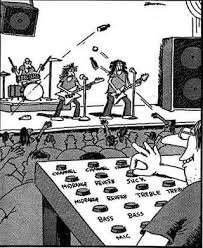 Bad sound is to be avoided, so hound the sound guy and make him earn the £70 the venue is paying him for the night. Other potential annoyances include: no beer rider (come on promoters, it’s common courtesy) and no guest list. Make sure you’re playing a gig for a good promoter. Facebook message other bands to find out who’s reputable. Off the top of my head I can recommend Club.the.Mammoth. and Bad Vibrations.

If you do get a rider, that’s great. Two warm Carlsbergs a member is the norm. Consider drink tokens a luxury, unless you are in a band with more than four members (in which case just pray that the singer is protecting his/her vocal chords from the marauding carbonated beverage and doesn’t want theirs – a rare but welcome occurrence). Advice: guitar cases are effective for sneaking your own booze past bouncers. 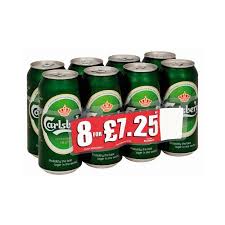 They are a plague on the industry. Crooked swindlers preying on new and impressionable out-of-town bands and naïve newcomers who are too excited about playing a London show to notice the bullshit small-print, manufactured to ensure the financial security of the gutless promoter/promotion company. They sell the band, at full price, a specific number of tickets in advance, depending on where they are on the bill. This alleviates the promoters from the responsibly of actually doing what’s implied in their job title: promoting. Not only do they serve that shit sandwich cold, but they then place the Indie/Punk revival band just before the Reggae/Dub band, who are on before the Synth-Pop/New-Wave band, who are just before five other ill-suited support acts (some of these mouth-breathers actually put eight acts on a bill in one night).

Once the line-up is confirmed it is then the responsibility of these relative unknowns to sell between thirty/forty tickets, normally at about £8 a pop. So once they’ve parted with four or five to family members and close mates, who are used to seeing them play for free at the Horse and Turnip in Hitchin, they’re lumbered with the rest. They are left with an empty room to play to, an empty band kitty, and the taste of bile on the tops of their tongues. That and a certain hollowness known only to those who have ever played a gig at Monto Water Rats. Bastards. Luckily, in Monto’s case, justice was poetic: back in October the roof of the venue caved in moments before a band took to stage. I think every band who has ever played to an empty room at 6pm can join me in saying, ‘Fuck you Monto’.

I remember one time in one of my previous bands, we played a gig at a venue in Hoxton for a reputable music magazine’s city festival. The gig went smoothly enough, and they treated us well. It wasn’t until we read the review on their website the next day that we were somewhat irked. Our appointed journo had inundated us with praise, and e-thesaurus’ed about seven different ways of saying ethereal, which was kind of nice. But she’d written about a song that we didn’t actually play in our set, which she could have only found on the internet. She hadn’t actually come to the gig. We promptly pointed this out to her via Twitter, to which she responded with an amendment, stating she’d confused that particular song with another we’d actually played in the set (which is bullshit because the two songs are sonic polar-opposites). There’s a lesson to be learnt in this tale: you can’t really do anything about lazy low-level journalists, they just exist.

Still having to work minimum wage

Another unfortunate downside to being in an unsigned band in London is that it doesn’t pay very much, if at all. You’ll find yourself forking out cash from your own wallet for band practices, cabs and demo recordings, etc. Suffer the breadline for your art.

After a while these factors can ferment and create tension within the band. You’ll find yourselves starting to resent each other. Something that was once just a group of mates being creative and having fun becomes a laborious chore. Some simple advice I wish someone had told me sooner is: keep it light-hearted, be nice to each other, and keep making music. Stay true to the creativity. Because, like a bad breakup with a girlfriend, deep cuts heal slowly.

Forget the football, meet the female rappers who are defining Brazil right now... 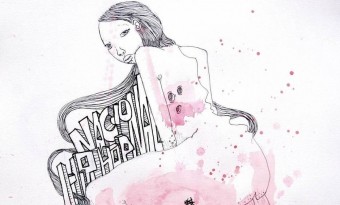 FIFA might be relying on Neymar and friends saving this year's World Cup, but it's his musical compatriots Karol Conka, Lurdez da Luz and Amanda Negrasim who are lighting up Brazil right now...
Read More