September and October see Still Music reissuing a two part compilation of the work of Matt Warren and Miguel Garcia. Kill Yourself Dancing: The Story of Sunset Records and Bang The Box: The Lost Story of AKA Dance Music span 4 CDs and two double gatefold vinyl of primitive no-nonsense Chicago house compiled by Jerome Dirradji. Though overshadowed by labels like Trax and DJ international, Sunset Records released some of the most ground-breaking records in Chicago and threw legendary parties attended by Frankie Knuckles, Derrick May and Farley Jackmaster Funk; who would later produce a selection of their records.

Miguel Garcia, credited on his records as Michelangelo, began spinning funk and soul records at the age of 15 in the late ’70s. “The tracks that I recall being special to me at age 15 were Rick James ‘You & I’, Funkadelic ‘Knee Deep’, Edwin Starr ‘Contact’ and Gibson Brothers ‘Cuba’. However there were so many great hits from Earth, Wind & Fire to Gary’s Gang and so many others! It was a great time to have been a DJ during the late ’70s and 1980s”. His taste leaned towards new wave in the early ’80s after visiting nightclubs such as Neo’s Smart Bar, Exit and ‘Club 950’. “The very first song I heard walking into Club 950 was ‘Uncertain Smile’ by The The, right there and then I knew it would have a major impact on my music selection”. Miguel was a regular at Sunset Mobile Disco parties, known throughout Chicago for their exuberant DIY parties featuring custom built light shows and a $2000 mirror ball imported from Germany.

In late 1984 Miguel met DJ Matt Warren at a Double O Disco Talent Show, who was rapping in the show and convinced him to work on a record together. They booked time at Soto Sound Studio in Evanston and made ‘Rock The Nation’, the duo’s first recording featuring Dane Roewade on keys. “The strongest memory I have of a particular radio mix was by Kenny Jason, because he mixed in Rock The Nation for the first time,” Miguel explains. Release of the record however was full of delays and complications and resulted in Matt and Miguel never receiving royalties for their record. “After we got screwed around with Alwan Records, we found out we could just go in, make our own records. Then it was just a matter of getting someone to back us financially”. Miguel and Matt went to Alex Rojo of Sunset Mobile Disco and Sunset Records was born.

“Sunset Records was focused on producing quality music by going into professional music studios, while other labels just recorded their tracks at home with a 4 track,” Miguel explains. In May 1985, Razz EP was released, featuring what was believed to be the first Roland TR-909 in Chicago, with Farley Jackmaster Funk providing the mix-down. “I was never intimidated by Farley or any other DJ,” Miguel explains, “I respected all the DJs for having their own unique talents; I just followed my guts when it came to writing my own material”. 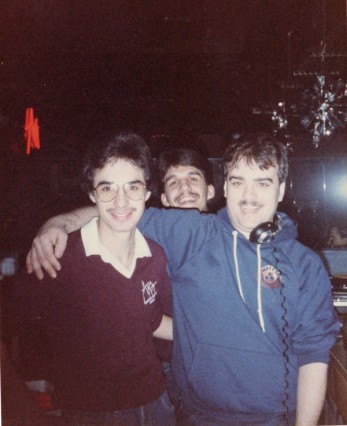 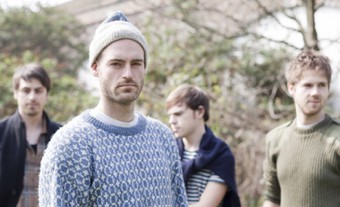 We catch up with Bronze Medallists frontman and ironing board enthusiast Olly Price before the band's headline appearance at Clapton Festival...
Read More