Tonight (Thursday 25th July), Graham Jones gives a free reading from his new book, Strange Requests and Comic Tales from Record Shops, at Foyles on Charing Cross Road. Jones is best known for his book/documentary Last Shop Standing, about the demise of the independent record shop (which will also be screened at the Foyles event and is well worth a watch), and we’re sure there’ll be no one happier to hear today’s news that album sales from independent music shops grew 44% during the first half of this year.

Not only is that a rather hefty increase in itself, but it’s especially impressive when set against an overall 1.5% drop in album sales across the board. Part of this can be attributed to a phenomenally successful Record Store Day in April (which saw a 60% increase in album sales compared to last year), while an increasing, if still niche, interest in vinyl has also helped – vinyl records account for 1 in 7 album sales in independent shops compared to 1 in 250 at non-indie outlets. It’ll be interesting to see whether Amazon’s increasing forays into vinyl retail will effect this; as we pointed out last week, the tax-dodging twats are brutal when it comes to undercutting their rivals.

CMU have gone to the trouble of putting together a chart of top-selling albums in independent shops this year (with overall chart positions in brackets). The most surprising thing for us was discovering that Stereophonics released an album this year. Clearly they’ve reached that zenith of popularity enjoyed by Status Quo or Cliff Richard where their albums are snapped up by die-hard fans in their droves even though nobody else gives a monkey’s anymore.

The other surprise is seeing Texas in the top 20, putting paid to the myth that people don’t shop at independent music outlets because they’re scared the cashiers will snootily look down on their terrible purchases. Also interesting to note that only two of the albums appear in our top 25 albums of the year so far, while four appear in our forthcoming worst albums list. Which only consists of five records. The Monitors: hopelessly out of sync with both popular and slightly less popular opinion. Woo. Anyway, here’s the list: 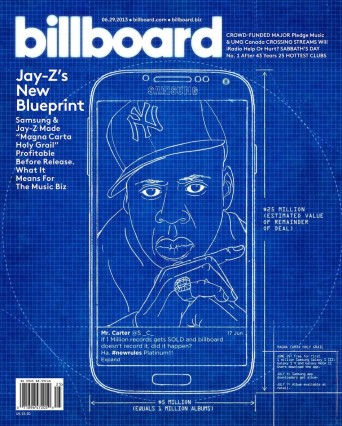 In other chart news, Jay Z (following the most unbelievably dull and pointless hip-hop name change in history, he has stripped himself of his hyphen*) has launched a bitter attack on Billboard for not counting the million albums he ‘sold’ to Samsung earlier this month towards his total sales. “Their job is to encourage the business to bring in new revenue streams, not to discourage me,” he railed, “at that point, if you’re not with the change in times, to me you’re irrelevant. I’m going to move on”. Putting aside the fact that he’s probably going to have to change with the times himself if he doesn’t want his next release to be as widely panned as Magna Carta Holy Grail, you have to wonder why he cares so much. Is going platinum really that important? The guy could afford to have his his own platinum disc made and delivered to him in a platinum car driven by a platinum robot version of himself.

Billboard’s response seemed pretty unequivocal. “Had Jay Z and Samsung charged $3.49 – our minimum pricing threshold for a new release to count on our charts – for either the app or the album, the US sales would have registered,” said editor Bill Werde. Jay Z’s argument would presumably be that had Samsung sent employees into American stores to buy a million copies of the album for $5 each (the equivalent of what they paid for the downloads) then it would’ve counted towards its chart position, which is true. However, it’s also mental.

Jay Z’s rant continued. “What people have to understand is Billboard is a magazine. They saw an opportunity and they grabbed it. They said, ‘we’re going to count sales and you guys are going to pay us for it,’ and we were like, ‘That’s cool, I don’t want to count sales, you can do that for us.’ But they’re doing it for us. They’re almost like elected officials, they work for us”. Except they’re not like elected officials in any way, largely as they’re not elected. Mr. Carter, you managed to effectively sell a million albums before your album was even released. Have a lie down and count your money, because at the moment you’re coming across as more obsessed with chart positions than me aged ten, recording Radio 1’s Top 40 countdown on a blank tape…

Album misery isn’t just confined to Jay ‘no hyphen’ Z in the Carter household at present. According to The Guardian, Beyoncé has scrapped her entire new album, originally earmarked for a Spring 2014 release, as she frets about her musical direction. Productions by Diplo, Diane Warren and The-Dream are apparently among those that have been junked. It all seems a bit of a fuss over nothing really – surely she can just get Shawn to flog a million copies of it to Samsung? 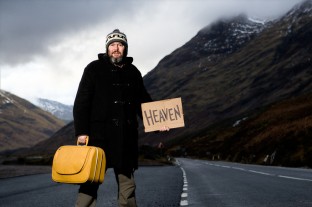