Scout Niblett: like an angry caterpillar squirming itself into an awkward butterfly.

I was looking forward to meeting Scout Niblett, but when she came out of Corsica Studios looking like she wanted to punch someone I had some reservations. We asked if she fancied taking some photos or doing the interview first. Her answer was to fish out some fags and spark one up, telling us she was really tired so didn’t want to walk far. Bang goes using Elephant and Castle’s gloriously out-dated shopping mall as a back-drop. We sat outside a café and drank tea and after the interview we managed to get a medallion round her neck for a few shots. Initially I really got the sense that this was a total ball ache for her, but we ended up having a nice chat about how much she hates Facebook and loves Galaxy chocolate.

She did look really tired, and I wondered if she was enjoying the constant travel – show – travel routine.

So how’s the tour going?

It’s amazing, it’s been a really amazing one. I think the best one I’ve done.

Well the shows have just been really good. Like, lots of people coming, but mainly because the people I’ve been playing with are just so nice. We didn’t know each other [before the tour] but they are so lovely.

Sounds like that must have been difficult at first…

Yeah it was, but it’s just nice to be on tour with people that you’re just, like, instantly friends with, so it’s kinda crazy but it’s so nice. We did plan to have an ’80s themed tour, like watching a different ’80s movie each night, but we haven’t got round to that yet.

How does it feel being back in London [Scout moved away from England in 2003, seeking a better reception for her music in America. She’s lived in Portland, Oregon for the last 7 years]?

It’s always weird for me being back in England because I’ve not lived here for so long. So it really feels like a different country now, like when I come back it doesn’t feel like mine. I’m not attached to it any more.

Do you ever go back to Stafford?

No, I don’t have any family there that I’m in contact with, and Portland really feels like home now. But I do miss certain things. Like, the first thing I did when we got off the boat from France was go to a petrol station and buy a bag of Minstrels.

Did you intend to have three different drummers for this album, or did it start out differently?

We started out with two, and then Jose from the Breeders came in later because the guy I had doing ‘Gun’ and ‘Woman and Man’ originally, I wasn’t happy with the drumming. So we re-recorded the drumming with Jose doing it.

Why did you dress up as Snow White in the ‘Gun’ video?

I wanted to be dressed up in something that people recognised, like an iconic image, and I thought that a Disney character would be really good. It’s quite a dark song, so the video needed to be kind of light.

What would you be doing if you weren’t a musician?

Well, I’ve noticed I put an album out like every 2 years and in the time between recording and touring that album and the next one, I just worry about money.

In her spare time Emma is a professional astrologer and reckons she’ll probably end up doing that. This I can imagine; she has the aura of a wise old woman, as if she probably knows a lot of stuff about stuff but isn’t saying it. While you’re talking to her she isn’t just listening to your words, but also paying attention to your body language and your tone. At one point she imparts, “You should go through life with a positive attitude. If you only have negative thoughts you will only bring negative things towards you and that’s what a self-fulfilling prophecy is”. Her eyes are really piercing as she says this, like she wants to impress it upon me for all eternity.

I read an interview you did a few years ago; in it you say society doesn’t like angry women. As you get older do you feel more comfortable being more openly angry?

I think I’ve always been pretty openly angry, like through music.

Not in your day to day life?

I think personally I do have a lot of anger issues [Laughs nervously]. But yeah, I still think that people don’t know what to do when a woman is angry, like it really scares them. 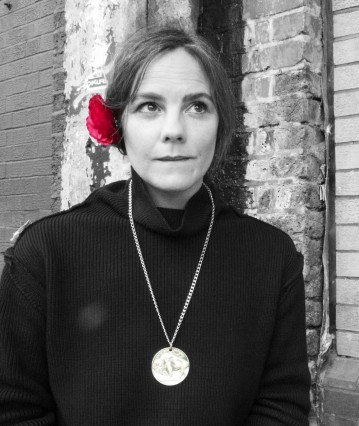 Her new album, It’s Up To Emma, is brilliant; but it isn’t an easy listen. You’re confronted with that anger, which is uncomfortable, but it’s so well-articulated it becomes almost nourishing. It has the right balance between musical substance and disgusting raw emotion. As experienced heart-breakees we all know the drill, and Scout thrashes out these feelings extremely well, showing how we can feel childlike, angry and down-right confused all at once. This vulnerability seems to be echoed in the chosen title, scoring back the Scout persona, digging herself out of a hole.

How do you deal with family and friend’s responses to your music?

Well, it’s just what song-writing is, you can’t do it half-assed, you have to just do it…and it has to be… well, I have to be everything or nothing. What people do with that is none of my business, if they don’t like it that’s fine, I don’t care [big laugh]. It’s not my job to worry about that.

With this album, some critics are comparing you to PJ Harvey, is that difficult?

Well, people have always compared me to PJ Harvey – from the beginning [She looks at me like she wants to hit me].

Are you a fan of hers?

Yeah. But y’know, it’s really weird because, I don’t know, I just always get compared to people, even now. And I find that strange and I don’t know why that happens.

Maybe people need to have a context?

But I’m sure PJ Harvey doesn’t get compared to me.

How do you find performing these songs night after night?

I enjoy it. Playing the songs for me is healing really, because it’s me voicing what the fuck was wrong, and I’m still doing it every night and it’s actually empowering.

You’re pretty into your astrology and you’ve used the planets as themes for previous work – Neptune is supposed to be the planet of music and self-expression isn’t it?

Well Neptune is to do with escapism, so any activity like: drugs, alcohol, being not in a conscious state but being taken away, things not being really clear. And it’s related to films, music, art – things that are not necessarily of this world.

So which planet would you associate with this album?

This one was Pluto and Uranus together. Pluto is about transformation, Uranus is about change and freedom.

Do you feel transformed?

Yeah, I’m in a different spot now than I was when I started writing the songs. I feel a lot different. 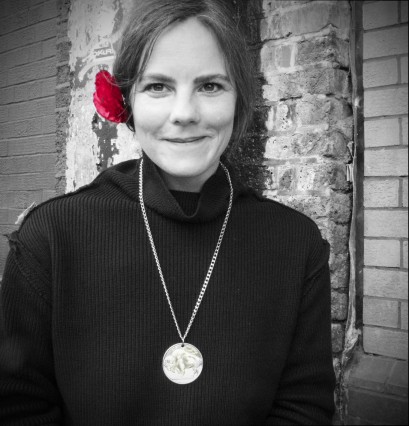 Annoyingly, I turned the Dictaphone off before we’d finished talking. In the obviously more relaxed conversation that ensued, Scout continued to chain-smoke but also enlightened us on her hatred of modern communication devices and her lack of up to date instruments. She doesn’t own a smart phone, she despises Facebook, and she still uses the same guitar she’s had since college. A lot was said about the woes of the internet: “People don’t talk anymore! People don’t arrange things! Books were how we learned!”.

After finishing our cups of tea and saying our goodbyes – she wanted to go for a nap before going on stage – we reflected on how the interview had gone: not extremely well. We discussed things we wish we’d expanded on during the conversation but didn’t. For example, how “kids these days” are spoilt by the internet and will never know the magic of finding their first porn mag in a bush and having to sneak it home and hide it under seven layers of bedding; how Scout had looked really tired so no wonder she needed a nap; how she’d seemed more interested in talking to the people on her tour than to us, several of whom had passed us by during their failed missions to find somewhere nice to eat in Elephant and Castle. It wasn’t until after this low-level bitching had tailed off that we realised she was sat right behind us. Not having a nap, but sat behind us eating some food. We made a sharp exit.

In any case, I hope she doesn’t sack it all in and become an astrologer any time soon. I get the sense she’s struggled to be taken seriously as an artist in her own right, rather than just another angry woman with a guitar, but It’s Up To Emma should go some way towards changing that. I think we’re just seeing the beginning of a more accomplished Scout Niblett. Albeit it one who might not reply to your Facebook message willingly… 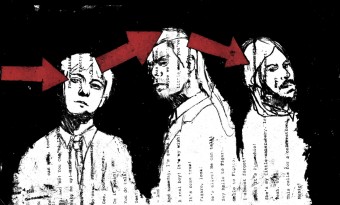