For over a decade Popbitch has been filling our inboxes with badly-formatted pop culture stories that the 3am Girls wouldn’t dare touch with a five-inch fake fingernail, ranging from the candidly lurid to the hilariously bathetic and supplemented with generous lashings of the latest otter news. Sort of like Private Eye but with stories about diva strops and MDMA snorting rather than political sleaze and PFI selling (they were also WAY ahead of the game in terms of publishing the Jimmy Savile paedophilia story).

An example from their latest newsletter is that a meagre budget meant a recent Bear Grylls commercial saw Leighton Buzzard masquerading as the extreme wilderness miles from actual civilization (some might argue that’s not much of a jump). Anyway, while Popbitch’s emails have stuck resolutely to simple, text-based titillation for many years now, it seems they’ve finally decided to update things a little. They’ve launched a Kickstarter appeal to raise funds for a new tablet edition, with donors receiving everything from a limited edition Padbitch issue to party invites or even having your name written on a lamb. We urge you to give ’em a few quid. 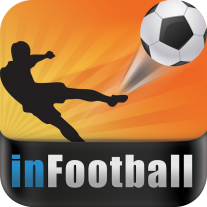 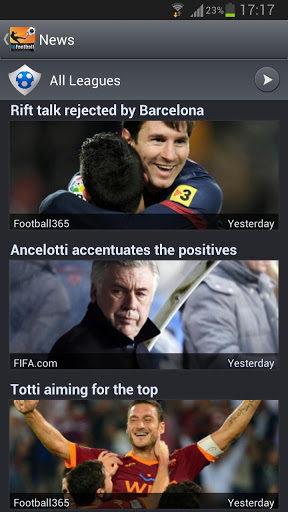 As everyone knows, there's not nearly enough football on the telly these days (ahem). For those in constant need of an extra fix, inFootball is the app you need. Covering all the world's top teams (and some from the MLS) it provides all the stats, team news, fixtures and tables you could possibly need. Still, there's a million other apps that do that. What makes inFootball special is that when you select the teams you want to follow it'll download videos and highlights straight to your phone or tablet, for you to watch at your leisure without any irritating buffering. And if you're worried about incurring prohibitive data charges, you can set it to download only when you're connected to WIFI. Back of the net! It's actually brilliant, and the only slight cause for concern is that while most of the sources are reputable enough (ESPN, Football365, BBC, etc.), some of the video updates are from user-generated sites like Daily Motion. Will this mean videos appearing that are not strictly legal? Who cares, we're too busy watching another Messi hat-trick...
Read More