Australian psych-rockers Tame Impala are known to be fond of the odd puff of wisdom cabbage, so we can safely assume they’re probably fond of the odd slice of pizza to accompany the resultant hash haze. Well now they can tuck into their very own pizza, thanks to two-time world champion pizza chef Theo Kalogeracos. While the Tame Impala Pizza may not be as eye-catching as this Bob Marley effort, it does sound pretty damn tasty (and it’s veggie too!). The recipe, taken from Kalogeracos’ forthcoming book, is as follows:

To make sauce: In a small pot, on medium heat, put in the butter and extra virgin olive oil. Cook the onions until they are soft and translucent – you do not want to brown them (if you do it will give a strong cooked onion flavour and you are not after that). When the onions are ready, add the cream and stir for about 1 minute. Add sour cream and stir till the sauce is gently simmering away. Add salt and pepper to taste. Take off heat and let it cool down before drizzling on to pizza. This sauce will keep for a week in an airtight container in the fridge. It is also great mixed in with your favourite pasta.

To make pizza: Pre-heat oven to 220C. Spread garlic on the pizza base and sprinkle mozzarella up to the crust. Place eight slices of haloumi evenly around the pizza from the centre to the crust, so that when cut, the haloumi is in the middle of each slice. Sprinkle the green peppercorns and oregano evenly over the pizza. Add a pinch of salt and pepper. Drizzle cream sauce around the pizza making two rings: one on the outside and one in the middle. This way the melted cream sauce will spread evenly across the pizza. Cook for 7 to 10 minutes. Cut into eight pieces and place a lemon wedge on each for your guests to squeeze on to their slice. 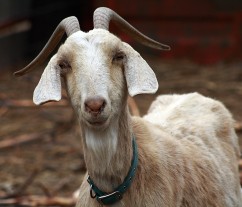 Bieber's been getting it from all sides following a shambolic British tour (see here for our analysis), but he's found support from an unlikely source. John Darnielle, singer in indie favourites the Mountain Goats, has written a song protesting Bieber's treatment by the press. "You don’t have to leave Justin alone, but don’t be an asshole,” is his imploration. Fair enough really.
Read More