Frank Abagnale, the “world’s greatest conman” who provided the inspiration for the Leonardo DiCaprio flick “Catch Me If You Can”, has stated that: “What I did 40 years ago as a teenage boy is 4,000 times easier now”. The rise of social networking sites has aided criminals considerably according to Abagnale, who used Facebook as an example:

He stopped short of blaming the site for poor provacy protection though, putting the onus squarely on the user.

“Your privacy is the only thing you have left. Don’t blame all the other companies – Google, Facebook – you control it. You have to keep control of your own information.”

So that’s why he never accepted my friend request… 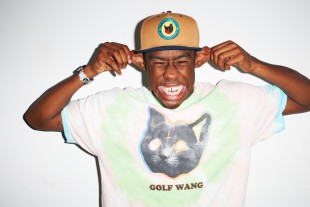 Not many brands are as obsessed with new music than Mountain Dew, who have surpassed the idea of merely co-opting cool bands and actually launched their own record label featuring artists like Joey Bada$$, Wavves and Neon Indian. So while letting Tyler, The Creator devise an ad campaign would be lunacy for most brands, for Mountain Dew it actually makes a lot of sense. Unlike the ad, which features Tyler as caprine, dew-crazed, waitress-botherer 'Felica the Goat'. Well, what did you expect?
Read More