Dust down your scrubs and face-masks and douse yourself in surgical spirits, because Thursday sees a revitalised Clinic hit Corsica Studios. The venue has got some incredible gigs lined up over the next couple of months courtesy of in-house bookers Baba Yaga’s Hut, but Clinic supported by space-rockers Mugstar has to be among the most exciting.

Last year’s ‘Free Reign’ album confirmed that Clinic are right back on top of their game, and following this week’s release of an alternate version remixed by producer Daniel Lopatin (aka Oneohtrix Point Never), there couldn’t be a better time to catch them in action. Well, apart from in May when they play as part of eyeball-sporting oddballs The Residents’ 40th birthday celebrations, but, you know, why not just go to both? 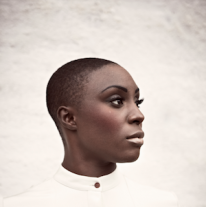 Brummies haven't got a reputation for having the most pleasant voices to listen to, but remarkable exception Laura Mvula is proving that the B in her local postcode may just stand for 'bostin'. This gig is to celebrate the launch of her debut album, "Sing to the Moon", something which will be a lot easier to do when, and this is seeming extremely likely, she's a star herself. It's her music rather than her voice, however, that makes this potentiality so desirable. Her first two singles, the minimal 'She' and the chiming 'Green Garden' (below), both revolve around melodic percussion, resulting in a truly distinctive sound that helped earn a nomination for the BBC's Sound of 2013 poll. It's produced by Steve Brown, someone more used to working with Elton John and George Michael, but the freshness of Mvula's songs make it sound like he must be enjoying this project more than any other in his diary. The Brits showed how boring the mainstream music scene is right now, which was confirmed when Mvula was nominated for a Critics Choice award only to lose out to the deathly dull Tom Odell. You want more interesting pop music? Well here it is on a plate. Get it down you.
Read More