The new single, ‘All The Time’, will be released on the 19th of February but you can get a sneak peak above. We were lucky enough to get a preview of the full album last week, the following are our immediate reactions (originally on Twitter):

“Oh god, @ImBurman has just stuck the new Strokes album on. Brace yourselves boys, we’re going in…”
“The first track is somewhere between Michael Jackson and Buggles. Not as bad as being between Michael Jackson and Bubbles I suppose, but bad enough.”
“The chorus of track 4 is remarkably similar to Technotronic’s ‘Get Up! (Before the Night is Over)’. This is very weird.”
“Track 5 – the mellowest thing they’ve ever done. Track 6 – the punkiest thing they’ve ever done. Both are pretty good actually.”
“Back to the Strokes new album, and after a brief blip of decency in the middle, it’s back into the musical sewer.”
“New Strokes LP finishes with a chilled lounge jazz number. Casablancas sings like a muted trumpet. What a ride. What a harrowing ride.”

Sony Music is Frontrunner in Race for EMI’s Share of the Now! Series 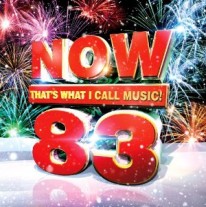 Sony are first in line for EMI’s 50% share of the ‘Now that’s what I call a flogged horse that just won’t die!’ compilation series. Universal intends to hold on to its 50% stake of the company, which will be releasing it’s 84th album in 2013.
Read More