Look, I know you’re probably busy doing last minute Christmas shopping and are possibly in such a mad, blind panic that if you are actually reading this there’s a good chance you’re doing it whilst standing in an ever-growing and fast-angering cue at your local Argos. So I’m going to start this review in a nice, short simple way. You need to go and buy this album. Go and buy it for yourself, a loved one or even your grumpy neighbour’s aging pet. Just buy it.

Right, now we have that out of the way and you’re here for a bit longer, let’s talk shop.

Nature’s Champion, the debut album from Cattle, is a fucking brilliant record. One that you should grasp in your sticky Christmas-fevered mitts and cram hard and deep inside your fleshy head holes until a mixture of blood and noise-rock infected pus seeps out of your eyes and nose turning you into a disgusting Play-doh shape-maker.

With the 30 odd minutes of Nature’s Champion, Cattle (who feature members of the excellent Super Luxury and Clenstch) have made a real statement of intent, and as part of the expanding Chunk collective are one of the many interesting bands currently lurking around the Leeds DIY scene. Nature’s Champion emerges confidently from this fervent noise gaggle like a towering drunk Goliath.

Their sound is a ferocious mix of post-punk and noise-rock. An elastic flurry of dual drummers, deep grooving bass and swirling electronics, all blended together with some delicious throat-shredding shouting. Tasty. If Nature’s Champion was released earlier in the year I’m sure it would’ve made many a best-of-the-year list; it would certainly be high up on mine.

The album is filled to the manky brim with drumming and bass lines so filthy and symbiotic that both Peter Hook and Stephen Morris would be proud to quaff down a hearty mug of its propulsive rhythmic tangle.

Before the album is over the final track ‘Moon Crawl’ even manages to sneak in an absolutely dirty sax part, the crafty bugger. Though I mention ‘Moon Crawl’, to actually try and pick out my favourite song would be a fruitless exercise, like eating a sausage on a treadmill. All of its seven tracks are just good old-fashioned fun; like eating a sausage on a treadmill.

So unlike their name, Nature’s Champion shows that Cattle aren’t a band that will blindly follow the herd. It’s a bold and brilliant debut and one that I’ll be listening to for a good while after the cows come home. 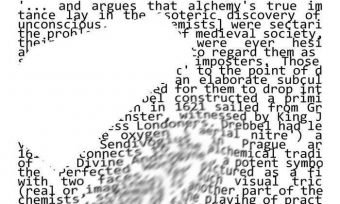