AnnenMayKantereit – as hard as it is to pronounce their name, as easy it is to listen to their music. The lyrics are simple: songs about lost love, precarious living circumstances and paternal relationships. Nothing spectacular, nothing that hasn’t been done before. And yet, AnnenMayKantereit have quickly risen from street musicians to Germany’s next big thing, with fans of all ages: teenagers screaming in the front, parents swaying in the back.

First, we take Cologne, then we take Berlin

Christopher Annen (25, guitar), Severin Kantereit (24, drums) and Henning May (23) started jamming in 2011 after finishing their A-levels (Abitur) in Cologne. Their surnames become the band: AnnenMayKantereit. Later Malke Huck joins on bass. The first recordings are financed via crowdfunding. Instead of signing with a label, the boys tour Germany and play over a hundred gigs. For the first period of their early career, AMK truly remain independent. 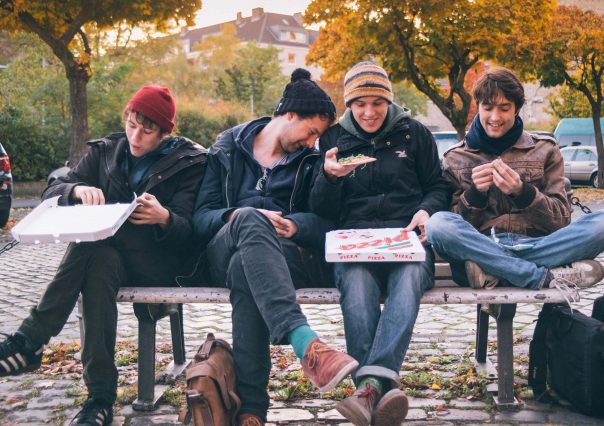 But with the rising success, that changes. Their biggest concert in Berlin (August 2016) sells out quickly to its 3,000 fans. Earlier that year, their official commercial debut LP Alles nix Konkretes (‘Nothing Concrete’) is produced by Universal. Already the title suggests a certain blasé attitude: everything remains superficial, everything intangible. In a world where the two-room-apartment with the girlfriend is the ultimate dream (‘3. Stock’), boredom is always around the corner.

The hero that can’t be bothered

On stage, Henning May is the archetypical antihero: The boy that fails because he doesn’t even try. What remains is an unfolding drama that never quite erupts because the hero couldn’t be bothered to take the next step. Deciding on “nothing concrete” he remains in a state of lethargy, finding it hard to get out of bed in the morning, yelling at walls instead (‘Nicht Nichts’).

In a world lacking authority figures to rebel against, our character can never rise to be a real hero. Finally achieving what the sixties-generation demanded, with mums and dads leaving us to our wits, we have to step in to oppose ourselves: “You often asked yourself what’s pulling me apart”, May laments, in a guilty tribute to his father. If only he knew himself.

Lost for words, the band is wallowing in self-pity. Mundane topics, like a break-up or a shabby flat, are offering release in an endlessly complex world. “You can’t even know what you want” (’21, 22, 23′). So why bother? Yet the next lines are a painful return to reality, confronting the listener harshly: “On the weekends you’re going out to party / And of course you’re getting smashed / Keeping your dreams deliberately small / To not be disappointed in the end”. ‘Smells Like Teen Spirit’ reloaded – ennui, desperation and denial as the main components of everyday life.

AnnenMayKantereit are touching on the questions of a disillusioned youth without providing any answers. It is exactly in that lack of depth that we can find meaning. AMK’s audience know the songs by heart, shout out the lines in accordance: A loud scream of “I don’t know”. Keeping life expectations low, there is no point in asking big questions: “You say it isn’t up to you / Ordering another beer / And when I ask you what you want to be / You always answer ‘I don’t know’ / As long as it’s not mid-30.“ 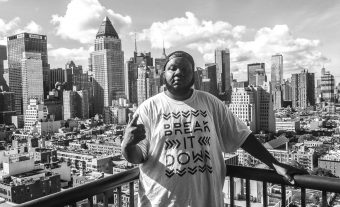