Since the first time I’d heard about this gig, I’d found something about it weird. I’m a big fan of Poliça and have been for several years, so my natural instinct is to support them (which I do, before you go getting any big ideas!). However, the last time I saw them live they played at The Village Underground. Which to me seemed like the perfect sized venue for the band. That was at the beginning of this year, yet now I find myself eagerly (or maybe, apprehensively) waiting for them to take to the stage in the much larger Camden Roundhouse.

This was a big step up for the band, but I can’t help feeling it was also an odd one. The Roundhouse is huge, much bigger than I had remembered (the last time I was there I was much younger and smaller, watching Mr Jarvis Cocker take to the stage for his first solo outing) and I can’t imagine how the band are going to fill the space. However, I could be wrong about this. Hell, I might have been wrong plenty of times before but I’ll never admit it, in fact forget you’ve read this. Close your laptop. Go outside. Go on, be gone. 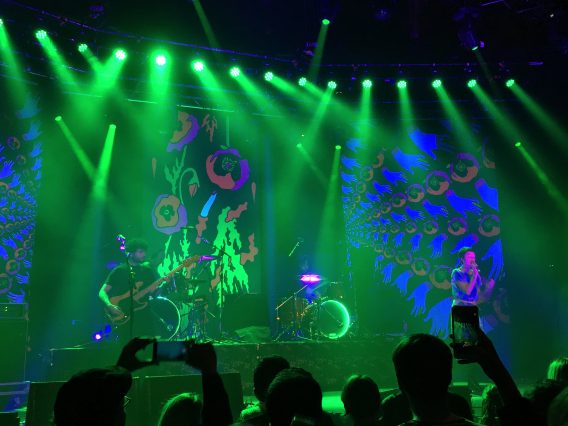 Upon entering the Roundhouse (after being laughed at by the lady behind the ticket desk for having a photo-pass but only my iPhone as a camera and having a plus-one whilst actually being alone – yes, woe is very definitely me), I found myself walking into the fairly sparse venue. There is a small hubble of people at the very front of the stage, but otherwise it is mostly empty. I headed straight to the bar, as I find alcohol always helps in those moments where you’re alone.

Currently, DJ Fog is on stage but surprisingly he’s not actually DJ-ing but playing a live set, singing his own songs and switching from laptop to synth to keyboard. He sounds very much like a one man How To Dress Well, although maybe not quite as fleshed out (seeing as HTDW has a full band behind him, this isn’t that surprising). He is quite entertaining, reaching his hands out to the (minimal) crowd every time his music reaches an emotive crescendo. I do feel somewhat sorry for him, as he tries to rile up whatever crowd there is, but it’s to no avail.

Eventually he announces he’s brought a special guest along, MC Trim. I haven’t heard of Trim before, but a quick google search tells me he’s part of James Blake’s 1-800 DINOSAUR collective (and a former member of grime collective Roll Deep) so I’m immediately interested. Fog and Trim make an interesting pair, I can only assume that they’ve worked together before as they have great chemistry, giving each other shout outs and flowing from one song to the other seamlessly. I would say that Fog is a better DJ than performer, based purely on this set. They work their way through a range of different genres, from grime to dubstep to classic hip-hop, all the while Trim flawlessly rapping over every beat thrown at him. They’re a strange opening for a band like Poliça, but they manage to get the crowd moving a little bit, which I suppose is the whole point. 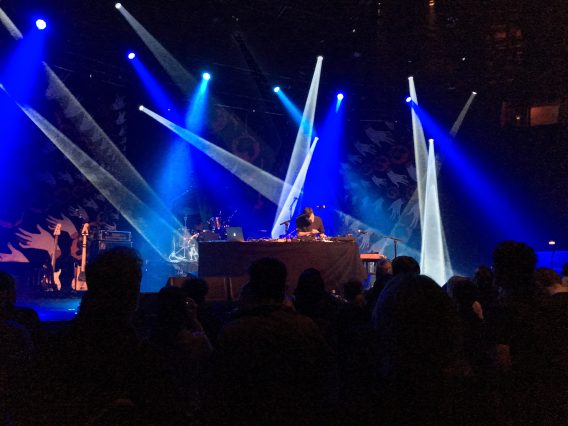 They exit the stage and we’re treated to some excellent music from an invisible DJ. I don’t know who was controlling the music, but I want to shake their handfor dropping some absolute bangers; ‘Nikes’ by Frank Ocean (which I reacted to loudly, unfortunately I was the only one) and ‘Open Eye Signal’ by Jon Hopkins (again, I seemed to be the only person who reacted, until I looked through the crowd and made eye contact with another man seemingly on his own as he bopped back and forth. We stared at each other for what felt like hours. It was love at first sight…or until the song finished anyway).

Poliça take to the stage and by now, as I complete a quick glance around, the venue actually looks pretty full. I may have to eat my words on this one, re: the venue size.

The stage has a psychedelic backdrop that will change colours several times throughout the show, the twin drum kits (with LED lights ringed around the inside of the bass drum – a nice touch) are on a raised platform at the back and the band take to the stage. They launch into ‘Berlin’ from their latest album United Crushers. It might be because I’m standing right at the front but I must admit they sound incredible, Channy Leaneagh’s vocals are strong and vibrant, even when run through a vocoder (there is less to be said, however, about her dance moves, which haven’t improved since the last time I saw them play. However, she looks like she’s having a hell of a time, so who am I to judge). 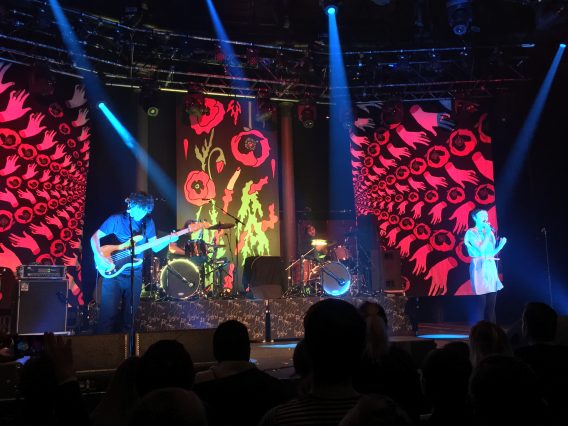 Poliça play a few more songs from United Crushers, and the audience react excitedly, little head bops turning into hip shimmies. After about four songs, they pull out a brand new song; ‘Dream Go’. It sounds incredible, like a power balled straight from Magic FM, but with a very distinct Poliça twist on it. I’m already excited to hear it when it’s released as a single.

The band plays through a good mix of old and new material, however they get a big reaction when the twin drums and twinkling synth lines of ‘Dark Star’, from their first album Give You The Ghost, blast out, and it’s nice to see they’ve got so many fans who have followed their career since the beginning.

It’s a big stage for a small band, but they fill the space nicely. Bassist Chris Bierden is up front and centre with Leaneagh, the two of them slowly moving around the stage. The last time I saw them, Leaneagh had a small synth with her, complete with a variety of pedals but this time it looks like she’s come empty handed, the synths all programmed onto laptops controlled by the drumming duo of Drew Christopherson and Ben Ivascu. It makes the performance a little less personal, but they sound so good it’s quickly forgotten.

I leave halfway through the last song of their encore, the jazzy and very danceable ‘Lose You’, as I want to beat the rush of the crowd. As I make my way to the back of the venue I can see that actually it isn’t very full at all, and that it only seemed that way from the front. In fact, it seems that there are lots of seats up top that haven’t been filled, which doesn’t make a whole lot of sense to me, as standing seats were only £17 or so. It would’ve been better, for the band, had the upstairs been closed so they could’ve filled downstairs. But hey, maybe you just want to sit down and keep your eyes closed and your fingers in your ears and not even bother, that’s none of my business. No sir.

The band play a great set, but again I can’t help but thinking that the venue was a little too optimistic for them and that they’d be much better suited to a smaller one, but hey, I’ll see what they come up with next time. Until then Poliça, don’t let the dream go! 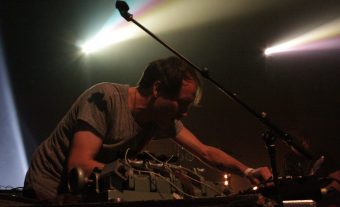 When you go to a gig by a band you don't know, you generally have low expectations. Holy Fuck don't just surpass those expectations - they obliterate them...
Read More