Broadcaster, DJ and music journalist Tony Minvielle is a byword for good taste in the British soul and jazz scene, thanks to a career spent DJing at venues and radio stations all over the world and regular contributions to the much-missed Straight, No Chaser magazine. A fraction of that taste was captured by last year’s Into Somethin’ Volume One compilation (a record which reached No. 6 in the iTunes Jazz Chart), and now he’s only gone and put together a follow-up called, you’ve guessed it, Into Somethin’ Volume Two.

Plotting a genre-traversing musical journey through the likes of Kaidi Tatham, Marc Cary, Carolina Araoz and Carmen Lundy is one thing, but Minvielle has gone one further this time by including a couple of exclusive tracks composed especially for the compilation. If that’s got you salivating then prepare for a delicious early appetiser, as we’ve prepared an exclusive first listen to one of them right now.

Four minutes and forty-four seconds of deep, sumptuous groove by NYC soul/jazz legend Marc Cary (a man who’s tickled ivories with everyone from Q-Tip to Erykah Badu) and Abstrakt Black, ‘Numbers Runner’ forms the intoxicating closing track to the compilation. Featuring vocal refrains worthy of Curtis Mayfield, all wrapped up in Funkadelic guitars and a spine-tingling string scale, it’s almost worth buying the comp for this alone. With the Into Somethin’ series, and this track in particular, it’s fair to say Tony Minvielle is more than filling his stated ambition “to share beautiful music with all who will listen”.

Into Somethin’ Volume Two will be released on The Sound Of Everything Records and can be pre-ordered here. 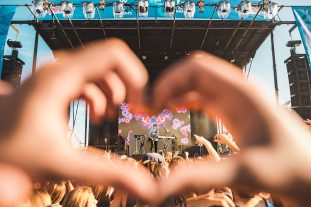