Lend me your underbelly and I’ll… sing you a song? No, that doesn’t sound quite right. Yet for Veldhoven-based artist Christian Berends, aka the vortex of experimental sounds that is Lend Me Your Underbelly, it actually makes a lot of sense. Your ears may not be able to pick out many chart-topping melodies amid the unfurling tendrils of his music, but you feel the impact of his explorations somewhere deeper, in your gut, in your… underbelly.

Formerly a member of Dutch black metal band Salacious Gods and currently playing bass in Downburst, Berends’ solo work takes a very different tack. Each piece embarks into territory that feels uncharted even to the artist himself, who uses a range of instruments and techniques in order to locate himself in an expansive musical geography. For example, the latest Lend Me Your Underbelly album, The Edge of a Curious Wilderness, finds himself utilising everything from field recordings to a bulbul tarang (‘wave of nightingales’, a type of Punjabi banjo), as well as his trusty guitar and bass.

The Edge of a Curious Wilderness is released next week, and The Monitors is offering you a little advance taster of it today, in the form of an exclusive premiere of the record’s closing track. Well, I say a taster – at 23 minutes, ‘Three Days Were Enough To Fix It’ is pretty much a three-course meal in itself. Slipping in with gently rippling guitars, the track expands and contracts like a giant amphibian, winding through banks of slide guitar and tributaries of piano, before finally reversing back in on itself. Like the rest of the album, it gets under your skin in the most delicious way. Experience it for yourself below.

Christian Berends told us a little about the music’s germination, explaining how he took his usual improvisation techniques to the next level…

“My tracks always started off from improvisation, and then I build from that. However, this time I wanted to set up my gear in such a way that I would be able to record and mix as much as possible on the spot, while creating it. So, that meant playing multiple layers while it’s happening, and not minutes, weeks or months later when I might be in a different mood. To me that seems like the most sincere and pure way of making music. Something like a dialogue, instead of an edited and rehearsed speech. This way of working of course also dictates the composing element to the tracks. Since there is no time to sit down and think things through, imagination and intuition become leading elements.

“Most tracks on the album are parts taken from longer sessions, however, ‘Three days were enough to fix it’ is actually a short session that ended up on the album completely since it just felt [like] one track. It’s played with just guitar and [at] a certain moment a piano (midi) drops in.

“Before I start working on an album I have some kind of vision of how I want it to turn out. For my music I’m always inspired by hidden urges and the subconsciousness. And, this time I envisioned making an album that would have a strong kind of jungle feeling to it. The curious thing is that I had these kind of imaginary spaces popping up in my mind while playing, but not per se jungles, and through some kind of positive feedback mechanism I just drifted further…”

You can pre-order The Edge of a Curious Wilderness by Lend Me Your Underbelly via Bandcamp, where you will also be able to stream, download and order physical copies from October 15th. 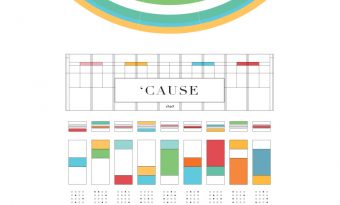