As a breeding ground of talented musicians and the enfant terrible of contemporary art, it’s no wonder Bristol is the host of Simple Things Festival, and the new wave lineup is just as stunning. This year’s festival, which takes place on 22 October across Bristol City Centre, offers an assortment of bands from spacey art-rock group Warpaint to seminal noise-rap group Death Grips, who appear during their first UK tour in three years as one of the headliners.

Russian disc-jockey Nina Kraviz is also set to join, and will definitely make all those hip-hugging, souvenir-jacket-clad youngsters dance all night with her concoction of acid house beats. Alongside the cohort of electronic musicians are composer Anna Meredith with a live band, Exit Records founder dBridge with his top notch drum-and-bass tunes and EBM-leaning techno heroes DJ October and Marco Bernardi.

If you’re looking for epic rock grandeur, LA-based garage-rockers the Allah-Las and experimental math-rock trio Three Trapped Tigers are definitely not ones to miss out on. The raucous punk group Bad Breeding and all-girl grunge trio Dream Wife – whose tunes sound like a progeny of the riot grrrl movement – will also join the bill, alongside raft of new, promising acts include Bristol’s own producer Kayla Painter, She Drew The Gun, Gold Class and Shame.

To top it off, legendary director and composer John Carpenter is set to perform at a separate show on 23 October at Colston Hall, marking a grand closure of the 16-hour festival.

If this eclectic mix of performers does not lure you to hop on that first train to Bristol, I don’t know what will. Make sure you grab your tickets here before it’s too late. 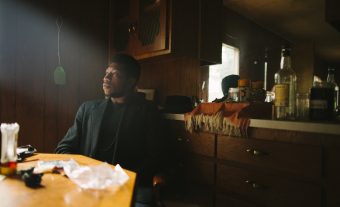 Some gigs are so powerful they need to be written about straight away. Willis Earl Beal's performance at The Forge tonight was one of them.
Read More