A neon blue light sweeps over the crowd around me, highlighting some odd sights. In front of me, a large man with quite a hairy back is wearing a see-through spider-web design tank-top (I totally get it guy, it’s quite warm in here) staring intently forward without moving or talking to anyone. To my left, a youngish guy is clearly in the middle of some deep argument with a potential future (or maybe past, it was hard to tell) partner. I try not to read his texts but it’s becoming a real challenge. I’m impressed with just how quickly he can actually type out these excuses, and that’s part of the appeal.

I am standing in the middle of Oslo in Hackney and I, like everyone else packed into the small venue, am here to witness something very special. I am here to see This Will Destroy You, and I am very, very excited. I discovered This Will Destroy You by checking out Godspeed You! Black Emperor’s ‘related artists’ on Spotify (I do this a whole lot, it’s great for discovering new music, I suggest you try it). The name stood out to me instantly, so in-your-face, a proper statement, that I had to check them out.

As soon as I listened to Young Mountain I was hooked, and I listened to their entire discography that day (S/T being a particular standout for me). They hadn’t played in London since 2014, so now I was super excited for them to be back, and that I was going to see them.

I’ve never been to Oslo before in the context of seeing a live show. I’ve had nights out there, and the soundsystem seemed pretty good. With no support band for a warm up, it’s down to the venue’s music to get us all ready. A huge distortion suddenly hits us through the speakers, a small voice crooning behind us; it sounds incredible. After a few minutes it subsides before blasting us with a heavy drum beat and I know that this is an excellent choice for the band (I later discovered that that song was ‘Color of Blood’ by Chelsea Wolfe, thanks Shazam!).

The lights dim and the music lowers in volume. Whoops and cries come from the audience behind and all around me. It’s almost pitch black inside now, but I soon realise this is to the band’s advantage. Donning the stage in their usual configuration (guitarist Jeremy Galindo sitting down to the far left, bassist Donovan Jones and drummer Alex Bhore centre stage, guitarist Chris King to the right) the band cut an interesting image.

While Bhore and Galindo are bathed in beams of pale light from the venue’s spotlights, Jones and King have opted for a slightly different approach, fixing what looks like miners lamps onto their hats. It’s a brilliant piece of stagecraft, the beams from their lights cutting through the mist and darkness inside Oslo. It reminds me of French black metal band Celeste, who don red headlights throughout their live shows. It’s a real nice touch to see This Will Destroy You incorporate it into their set, and only adds to the atmosphere. 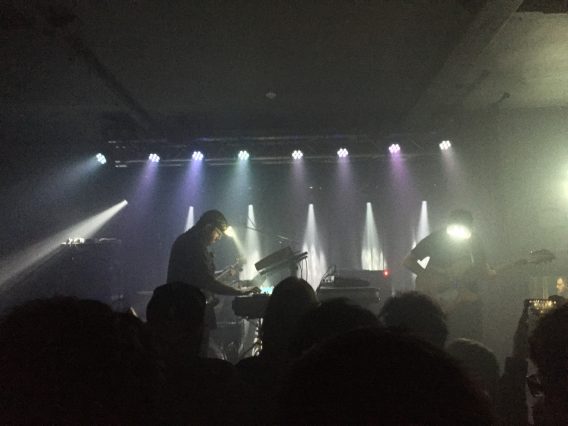 With no introduction needed (everyone is definitely here for them), they launch straight into their set with a song off their most recent album (2014’s Different Languages), ‘Dustism’. It’s the perfect song to start with, a slow burner that builds in layers of sound around you, whisking you away to a place far off in your imagination. Slow slaps of the drum cymbals intertwine with gentle guitar notes, sweeping you away. A friend of mine also at the show likened it to standing on the edge of a cliff looking out over the ocean, a huge city that you have forsaken behind you, before you climb into a little row boat and heave yourself away, the growth of the music reflecting the strain of your muscles at the oars as you head out into a new life.

The song cuts to a little, almost dancy number midway, a smooth beat perforating through atmospheric synths and guitar licks, before the whole thing rises up like a serpent from that deep ocean to try and stop you in your tracks. This is the first instance of the night I felt every hair on my body stand on end, a shiver running down the length of spine and coursing out into the rest of me, causing a prickling behind my eyes. Clearly it’s just all the dust. Or the hay-fever. Definitely not tears or something or whatever don’t judge me it was gorgeous.

Next comes a personal favourite of mine, ‘Burial On The Presidio Banks’ from This Will Destroy You’s 2007 album S/T. This is easily one of their most inspiring songs, and to hear it played live is an absolute dream. The slow guitar picks at the beginning against a low echo, delving into a strong drumbeat with much more drawn out guitar echoes before all of it starts getting much louder, slowly at first, almost creeping up on you. Bhore’s drumming signifies the next increase of volume as the tension in the crowd rises, everyone knowing where this is going. There’s a slight pause, a few guitar strings plucked, and then it hits you; and oh boy how it hits you. It’s like a straight punch to the gut, so powerful that I’m not the only one in the crowd to draw a sharp intake of breath. The music is so on point, not a note missed. 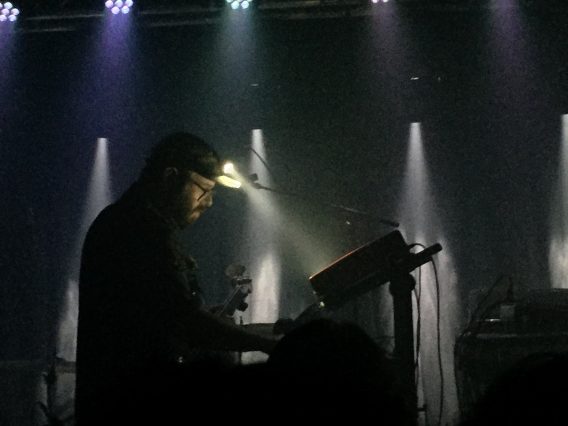 This Will Destroy You play through a solid set of older and more recent songs, spanning each of their four albums. Wave after wave of sonic noise come at us all and we lap it up, eagerly laying back and letting it wash over us, baptising us in the only way This Will Destroy You know. There is never a dull moment, even when the band play some unexpected songs. ‘Grandfather Clock’, a song from their first album Young Mountain, is a unique and interesting choice, mainly all played through synths and drumbeats, it is the closest song the band have to electronica, and it sounds incredible live, despite it being their least ‘post-rock’ throughout the whole set.

It is at this point, however, that I’m going to veer off on a bit of a tangent. It needs to be done, as it irked me the whole show. I have never understood why, in all my years of going to gigs, people would pay money to go and stand in a room and watch a band they (presumably) enjoy and TALK THE WHOLE WAY THROUGH. I’m not talking small conversations either, nothing like “that was a great performance wasn’t it” or “wow, I’m glad they played song” whispered to another attendee. No, I’m talking about the pig-thick moronic ‘everyone look at me and how funny I’m being’ type of conversation.

During the show, I notice a group of four boys behind me, a bit younger than me (I’m only 25). They’re a bit loud at first, but I just put that down to being as excited as I am that they’re watching This Will Destroy You. But no, oh no. Instead, I’m listening to “Oh maybe now’s a good time for the toilet, oooh should I risk it? They might get annoyed!” at almost every quiet opportunity. Even when the band are still finishing playing a song, they’re at it. It takes almost every ounce of strength I have to not turn around and politely offer to flush one of the fuckers’ heads down the toilet. Instead I ask them if they wouldn’t mind being quiet, as we’re all here to listen to the band, not them. This seems to work for precisely two seconds before they are at it again, to which I respond by turning around again and kindly asking them to shut the fuck up or fuck the fuck off to another part of the venue, somewhere infinitely far away from me. This seems to do the trick, and they skulk off, maybe to finally visit the toilet for the remainder of the show. I don’t know, but it would be a fitting punishment. If you go to a show and talk the whole way through about absolutely nothing, then you are, I’m afraid, a cunt, and there’s really no hope for you.

Ahem. Back to the show.

This Will Destroy You close their set with possibly my favourite track of theirs, ‘New Topia’, the opening track of Another Language. As soon as I hear the opening synth line I know what’s coming, and I let out a little gasp as I realise. It’s another slow burner, with an incredible build-up based around Bhore’s drumming again, swirling nodes of sound flutter around the room before his beat comes in, accompanied by flecks of guitar from Galindo and King before all chaos descends upon us and the beat goes crazy, a roaring demon from the pits of hell awoken, each member of the band losing themselves in the music completely, Galindo almost flying off his chair, Jones and King hitting their instruments to get the required sound, as they themselves do battle with the actual beast, Bhore’s arms flying out so quick and fast I’m surprised the drums are even still intact by the end of the song.

The band bid their farewells but return to the stage after much applause to blast through a beautiful rendition of ‘A Three Legged Workhorse’ (S/T) and ‘Quiet’ (Young Mountain). ‘Quiet’ in particular packs a magnificent punch of pure post-rock, a wall of noise crashing down on us all. It’s the perfect way to finish the show and This Will Destroy You have completely lived up to their name; I am destroyed, but in the most blissful way possible.

Out of the Pit: Florence Welch in Vienna 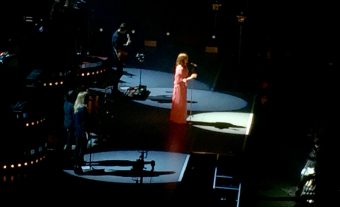 She may dress like a flower child but there isn't much peace when Florence Welch comes to Vienna - and not just due to her passionate army of fans...
Read More