From Adolescent to Zayn via South Korea’s Jambinai, this week’s singles column runs through a wider mix of styles than ever before…

London’s Alex ‘Adolescent’ Parish penned his new EP under the influece of Keppra, an anti-epilepsy drug that caused isolating bouts of depression. It seems fitting then that ‘Mutter’ arrives shortly before Purple Day, a global effort to increase awareness about epilepsy. The track itself is less morose than you might imagine given its origins; while the tempo and piano phrases are moderately downbeat, there’s still enough snap in the beat to give ‘Mutter’ a sense of striving survivalism. Kier Wiater Carnihan

The best thing to come out of Newport since that Jay Z pisstake, this beat lurches about all over the shop like a careering drunk, bouncing off walls and spilling pints before finally stumbling in your direction, taking you in its arms and declaring you its best friend. And you know what? You’re damn lucky to have a best friend like this. KWC

A few years ago I got totally obsessed with the Messthetics series, a seemingly neverending stream of compilations detailing the obscure DIY bands that sprung up in different localities across the country following the great punk explosion. Generally half of the bands on each comp would be bloody awful, albeit usually with a certain splintered charm, while a handful would be so good you’d wonder how you’d never heard of them before.

Dog Chocolate sound like one of the latter bands, so much so that I had to double-check the press release to make sure they weren’t some forgotten four-piece from Kent whose three tatty 7″ releases had been discovered in a car-boot sale and were being rereleased. ‘I Don’t Know’ burns with sardonic punk arsiness, the musical equivalent of giving up on an application form, tying it to a firework and throwing it through the doors of your nearest employment office. Most people will probably discover it on Messthetics #1476, but it deserves to be heard now. KWC

Empress Of – Woman is a Word

Not sure I enjoy this as much as Empress Of’s recent collaboration with Darkstar, which was really brought to life by Lorely Rodriguez’s awesome vocals. Nevertheless, ‘Woman is a Word’ is a suitable pit-stop after her 2015 debut, which finds her wrestling with Wittgensteinian semantics. Nicholas Burman

If someone removed your brain from your skull and replaced it with several handfuls of Super Sour Fizz Balls and popping candy, this is probably the last thing you’d hear before lurid, foaming sugar goo started leaking out of your ears. I like it. KWC

Forget K-Pop, this is the sound that should have you jumping on the first flight to Seoul. Elemental trio Jambinai have created something that sounds like Liars going on an apocalyptic bender before waking up in a overheated bunker, chained to the radiator, with no shoes and a man brandishing an ornamental letter-opener which he threatens to use unless they record the best album of their careers RIGHT NOW using the traditional Korean instruments scattered on the floor. ‘They Keep Silence’ is absolutely crucial and I can’t wait to hear what Jambinai produce next. KWC

Jevon manages to take on about three different personas on this, while an overly aggressive beat kicks through my headphones heavier than a punch from the Hulk. Banging. NB

I wasn’t sold on MIA’s last track, ‘Boom ADD’, but this double-header takes the biscuit. Specifically your biscuit, which it them crumbles in front of you while laughing in your face. Add a cheeky Lion King sample and a high-speed launch into the coda and you’ve got M.I.A. at her middle-fingered best. KWC

Continuing the heavy theme this week is Slovakian producer Jimmy Pé. ‘Something Like This’ verges close to Skrillex territory at times (though as we’ve recently noted that aesthetic seems to be doing a 360 with grizzly grime beats to some sort of post-post-ironic netherworld) but the energy here is pretty electric. NB

Finding the bridge between Massive Attach and Kate Bush, ‘Dear Brother’ starts as a nicely melancholic narrative piece with echoes of Woodkid, falsetto vocals and all. Unfortunately the finalé loses a bit of steam under the slightly muggy production but otherwise a pretty good stab at dark pop. NB

sir Was – A Minor Life

Not quite as weird a track as the bagpipe introduction might have you expect, ‘A Minor Life’ is instead a pretty little electro-ditty that slowly flourishes into a fluttering, bewitching second act. Very nice indeed. KWC

I can’t pretend this isn’t catchy; with the songwriting team inevitably behind Zayn’s ‘Bad Boy Solo Career’ you´d be pretty suspicious if he couldn’t wang out a big chorus. The Quincy Jones-indebted strut and lusty lyrics will no doubt do a lot to attract The Weeknd’s audience, although this Bad Boy Brit vibe regularly makes me think of Robbie Williams in face paint. NB

Single-Minded: Charlie Hilton offers Something For Us All 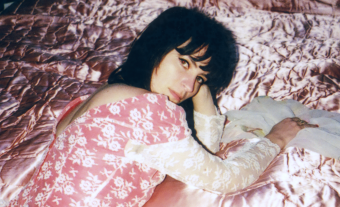 From the fragile tones of Charlie Hilton to the dark return of Dälek, this week's singles column truly has... wait for it... 'Something For Us All'...
Read More