Music, whilst entertaining, goes way beyond entertainment – as anybody who’s been moved by organised sound knows. To this end music has purpose or purposes; it can be useful. I have music that I will only listen to in the morning, music for lifting the spirits, music to zone out to, music for meditation, music to excite and incite. The list goes on. It’s important for music to reach deeper and be useful in some context beyond a nice tune you can whistle (regardless of the artist’s intention). Otherwise it’s just more stuff in a world full of stuff. Detritus floating aimlessly about distracting us.

You’re a music lover (I’m guessing) so you know all this. The question is, does Odd Nosdam’s Sisters album have use and purpose beyond being a set of nice tracks?

The overall flavour of this album is hermetic, monastic even. The sound design has a grainy patina like old worn stone walls and plenty of that crackle and hiss popularised by the likes of Basic Channel, Boards of Canada and Burial. Odd Nosdam’s production has a drones-in-dub vibe that brings to mind caves, churches, solemn self-contained zones of contemplation. These sounds rub shoulders with crisp machine drumbeats and loops that are mostly dry and present in the mix, a really pleasing juxtaposition.

There is also an element of mischievous fun running through the LP, offsetting the potential beard-stroking contemplative elements. I like this sense of balance, of opposites attracting. There are snippets of vocal – unintelligible mostly – and what sound like field recordings – rain, thunder (dropped humorously in ‘Ten Echoes’) – adding to the collaged feel you’d expect from Odd Nosdam’s instrumental hip-hop.

Highlights for me include ‘Strng Day So Freee’ which sounds like a retarded cyborg that’s got stuck on its robot mantra. Title track ‘Sisters’ has a gorgeous droned organ with choral female vocals weaving in and out. Worn tape fuzz sound effects work nicely here giving an organic flavour.

The album is problematic though. There’s nothing on here that I haven’t heard elsewhere before, which gives an air of complacency. I’m a demanding punter and I want to hear a few curves, to be jarred or jolted occasionally. Or, if we’re going down the meditative bliss route, amp up the bliss to the max – make me feel like my heart is going to explode with joy, or my third eye is going to melt and come running out my nose. There’s no risk here, it’s all a bit anaesthetised and safe. Someone switched the acid for Xanax and I know which one I’d rather take.

So is this album useful? For me, no. It’s an accomplished production and definitely worth a listen. There’s entertainment to be had here, but in a world filled beyond the brim with music that’s not quite enough. 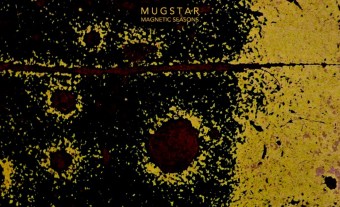 Listening to Mugstar's latest magnum opus, the rich and sprawling Magnetic Seasons, is like being enveloped in a warming, psychedelic embrace...
Read More