The first MPEGs Eleven of 2016 sees us saying goodbye to an old friend and hello to several new ones, not least the decapitated star of Royce Wood Junior’s ‘Midnight’…

David Bowie – Lazarus
There aren’t many words about Bowie and Blackstar that haven’t been said a thousand times over the last few weeks, and there’s no doubt this is the most pored over music video released so far this year; as Bowie’s final visual document before his death it’s likely to remain so for the rest of 2016. Fittingly, ‘Lazarus’ manages to temper the inherent sadness of an explicit farewell with a couple of moments of classic Bowie wryness – not least the camp shuffle at 2.04. All the same, it was hard to watch this on January 11th without a tear in the eye.
***
Flying Lotus – FUCKKKYOUUU
OK, so this isn’t exactly a music video, more a short film that happens to be soundtracked by Flying Lotus, but it’s great so we’re chucking it anyway. Eddie Alcazar’s short starts off with plenty of unsettling references – needles, numbers stations, etc. – and the uneasiness only increases from thereon in, a surprisingly tender lesbian love scene notwithstanding. FlyLo has a thing for horror, as exhibited in his collaboration with animator David Firth back in 2014, and the sound design here shows his distinct appreciation of suspenseful cinematic tropes. It’ll be interesting if he carries some of these harrowing industrial effects into his next studio album…
***
JPTR – Revolution
‘Revolution’ is an intriguing debut release by the enigmatic JPTR, which manages to create a sonic dervish using nothing but vocals and percussion. The video features a few revolutions of its own, and again achieves a memorable effect by utilising minimal ingredients to maximum effect.
***
Lawrence Rothman – H
Directed by Floria Sigismondi, the woman responsible for the music videos that accompanied David Bowie’s The Next Day album, ‘H’ is a sumptuously surreal video featuring LA-based experimental dance troupe WIFE that manages to caper just on the right side of ‘kooky’.
***
Martin Crane – Gadesco
No one’s excited by music videos filmed using drones any more, but this Zachary Heinzerling creation for Martin Crane manages to buck the trend by not only being astonishingly beautiful, but also raising questions about the use of drones in general. The stunning, snow-covered setting seems idyllic, but the panicked reaction of those seeing the drone gives it a sinister edge, as if a recent strike in the Middle East had been transposed to middle class America.
***
POLIÇA – Wedding
An anti-police statement by POLIÇA, and one that also paints the media as a bunch of muppets. Yet while the message behind the video for ‘Wedding’ is hardly subtle, it’s communicated with enough charm (and some pretty great puppets) to make sure it still chimes.
***
Royce Wood Junior – Midnight
Ex-Friendly featured this Royce Wood Junior track in the brilliant ‘The World Is Yours’ mix he did for us recently, and now the ‘MDMA rush of a chorus’ has a different sort of rush to go with it. The rush of a rollercoaster about to decapitate an unfortunate thrill-seeker, to be specific. Yes, the video for Royce Wood Junior’s ‘Midnight’ tells the tale of an unfortunate lad, played by Nathan McMullen from Misfits, who overcomes the seemingly insurmountable hurdle of headlessness to lead a (somewhat) fulfilling life. God knows what it’s got to do with the song, but it’s a great little short.
***
The Joy Formidable – The Last Thing on My Mind
Digging through the Monitors inbox for music videos means, inevitably, unearthing a lot of naked female bodies. Like, loads. Sometimes it’s done artfully, and there’s no point pretending looking at naked female bodies can’t be enjoyable, but the amount of music videos spiced up with boob and arse shots can’t help but frequently feel gratuitous. The Joy Formidable have decided to shift the balance in their latest video, which sees the male gaze switched for the female gaze; or in other words, lots of naked men. The band’s Rhiannon “Ritzy” Bryan gives an explanation of the concept in full here, but the fact that much of the footage comes across as camp or amusing rather than sexual probably says a lot about the dearth of comparable male subjugation on screen…
***
The Shoes feat. Dominic Lord – 1960’s Horror
Vegetarians: look away now. Carnivores: prepare to turn vegetarian. The Shoes and Dominic Lords’s unflinching depiction of the meat industry is pretty gruesome at times, but it does at least result in the chickens getting their revenge on humanity…
***
Valentino Khan – Deep Down Low
Probably the most ridiculous music video since DJ Snake’s ‘Turn Down For What’. Suffice to say that if you ever go to Tokyo, it’s probably worth giving this particular cafe a miss.
***
Vince Staples – Lift Me Up
I’m a bit late to the Vince Staples party; his Summertime ’06 LP would’ve probably made our best albums of 2015 list otherwise. This smoothly executed video suits Staples’ laid-back flow perfectly, and is also uncannily similar to a recurring dream I’ve had for years. Win win. 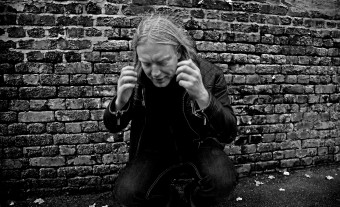 We're delighted to host the latest superb video by Astronauts, which accompanies "possibly one of the finest songs about civic planning ever written"...
Read More