Every time I listen to Savages’ first effort, Silence Yourself, there’s something that happens when that opening bass of ‘Shut Up’ drags you to the top of the jagged cliff of Gemma Thompson’s guitar and mercilessly piles you into the waves of punk below. It makes the hair on the back of my neck stand the fuck up, regardless of time, space or garm. The rest of that album struggles to hit that peak, in my opinion, but that didn’t matter when forming the opinion: there was sufficient reason to believe that Savages were going to be a band to give 40 or so minutes to now and then over the course of my musical life.

So, when our esteemed editor’s circular email dropped into my inbox asking who wanted to review Savages’ second long-play, Adore Life, my fingers flew to flag my candidacy. When the day in question came, I undertook my first listen passively whilst wading through a little admin at work, thinking that I’d give this one a few listens in different contexts (as one would in regular non-reviewing habit). This first listen was revealing in how it left me feeling after it was done: a bit deflated and restless. This is by no means a bad thing in that it obviously moved me in some way, even when only partly engaged in listening; I was really keen to give it the time, one-on-one, to explore the triggers that had affected my mood.

After a few more semi-passive listens, I went through the album track by track and coaxed some thoughts on to paper. The first thing that becomes apparent is that the ears that mixed this album haven’t matured as much as the minds that produced it. Often beautifully intense themes and crescendos hung around Fay Milton’s standout drumming are deprived of their snap and snarl by a muzzle that points suspiciously at Joy Division over-influence. There are occasions where this isn’t the case, sure: the outro of the album’s title track is a masterclass in achieving a tricky balance of gloss and edge, but I wanted more of that and less of the muddy dirge that I now realise was what made me feel a bit fatigued after those first few listens.

Savages have it, they really do, but they’ve got a bit to go and I really hope they make it. Tracks like ‘The Answer’ and ‘Evil’ indicate a band who know how to write seriously well-crafted music, but the hair’s breadth between good and great remains. Savages have a lot of awesome elements at their disposal – the refrain of ‘Surrender’, for example, which protests at the dirge that couches it – but I do feel that this album identifies as palette rather than painting. 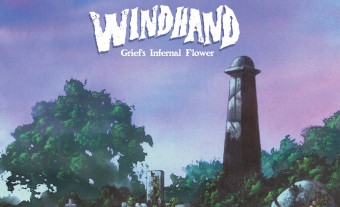 The elemental rock of Virgiana doomsters Windhand manages to transport Jake Smith back in time, to a childhood spent rapt in drone-inspired reveries...
Read More