In 1998 the Paris label Buda Musique released a CD entitled Éthiopiques Volume 1: The Golden Years of Modern Ethiopian Music. Like all the best crate-digging compilations, it brought music that few people were familiar with – in this case the crucial, funky sounds that swept through Addis Ababa and beyond in the ’70s – to a new and appreciative audience. The series became immensely popular (29 volumes to date), and provided plenty of rich sampling material for producers like Madlib, Oh No and even Kanye West, who used Seyfu Yohannes’ ‘Tezeta’ as the basis for the 2007 Common single ‘The Game’.

As a second-hand record shop worker, I always had an eye out for the Amharic-strewn spines of the Éthiopiques series, revelling in the discovery of names like Mahmoud Ahmed, Alemayehu Eshete and Hirut Bègèlè. However, there was one figure who’s music always stood out even in such exalted company: Mulatu Astatke, the man now most prominently associated with Ethiopian music.

Fondly known as the father of Ethio-Jazz, a term he himself coined after returning to Addis following a musical education in the USA (where he became the first African to study at the Berklee College of Music), Mulatu Astatke’s profile was boosted when Hollywood’s most hipsterish auteur Jim Jarmusch included several of his compositions on the soundtrack to Broken Flowers. Since then Astatke has played to bigger audiences than ever and collaborated with several acclaimed Western ensembles, including Either/Orchestra and The Heliocentrics.

This popularity comes with consequences. Well, for me anyway, largely because it means I almost miss out on his sell-out show at Camden’s Roundhouse. Thankfully I manage to snaffle up what turn out to be the last two tickets available; they may be in separate rows and came with a restricted view, but the way musicians are dropping like flies in 2016, you need to take every opportunity to see these masters when you can. Or at least, when there’s a pillar in your way, partially see them.

While the view actually turns out to be pretty good, with only the brass section on the far side obscured, the sound initially threatens to dampen the experience. As Astatke leads the eight-piece band into perhaps his most well-known composition, the slinky, smoky ‘Yekermo Sew’, it becomes clear that the brass is way too quiet. Maybe it’s because we’re on the opposite side of the arena, but it takes quite a while for the sound to become more balanced, a great shame when the trumpet and saxophone provide the song’s memorably unwinding motif.

Fortunately this proves to be the only disappointment of the night, as Mulatu Astatke and band proceed to take us through a crowd-pleasing selection of his compositions. Whereas Astatke’s formal musical education and enthusiasm for latin jazz is partially obscured by the exotic, idiosyncratic sound of his classic recordings, those predilections become more obvious in a live setting.

This is especially clear in some of his vibraphone solos. Whereas he often lets long, sustained notes dominate, helping develop a sensual, hypnotic atmosphere, sometimes he switches into more rapid, flighty runs, temporarily mixing the Ethiopian modes with phrases that sound more like Thelonious Monk.

Most pieces find themselves extended to fit in a selection of solos too, again emphasising the ‘jazz’ element of Ethio-Jazz. The musicians (who appear to be largely British) are all as skilled as you’d expect, especially bassist John Edwards, but the most interesting is Danny Keane on cello. No doubt this is partially because you rarely see the instrument in such an ensemble, but it’s also because his improvisations add some unexpected moments of exhilarating drama to the generally snug and spacey sound.

A couple more surprises then occur, not so much keeping the crowd on the edge of their seats as inspiring people to leave them entirely. Firstly a couple of dancers in traditional garb appear from nowhere and circle the stage, to the sound of a simmering percussion breakdown and some enthusiastic clapping from the audience (my partner points out that, for once, this is a crowd who are able to actually clap in time).

Then an even more unexpected appearance (well, unless you’d checked the Mulatu Astake Facebook page earlier in the day, which I hadn’t), as Woolwich grime MC Afrikan Boy takes the stage to further enliven the already infectiously upbeat ‘Yegelle Tezeta’. Yep that’s right, the guy behind the cult shoplifting anthem ‘One Day I Went to Lidl’. The combination actually works surprisingly well, although it might’ve been better kept to just the one song, as Afrikan Boy’s freestyle isn’t quite as successful on the following track, which sees the crowd return to their seats.

They’re soon out of them again though, to provide a standing ovation so enthusiastic that Mulatu Astatke barely hesitates before returning for an encore. Having spent the evening on vibraphone and percussion, this time he heads to the piano, conjuring shimmering progressions as the rest of the band filter back on stage to join him. It’s a beautiful way to end the night, completing a performance both enrapturing and also capable of allowing your mind to drift along on sumptuous waves of sound.

There’s another ovation, even more enthusiastic this time, before we’re left to squeeze out of the Roundhouse while reflecting on the gifts of an astonishing composer. Thank god I got those last two tickets. 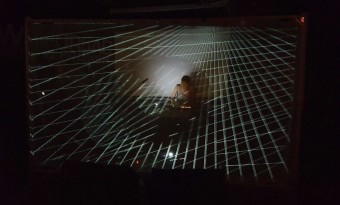