And lo comes the BBC’s ‘new music’ month. Let’s be clear, the BBC Sound Of poll was never really meant to be an A&R opportunity, it was only ever an extravagant way to formulate some editorial (or ‘content’ *shudders*) in what is usually a pretty slow period for music.

In any case, Radio 1 continued its ‘tipping’ task with a Future Festival event at Maida Vale, and first up are five-piece hair rockers Vant. I don’t know how old they are, but no one over the age of 15 should enjoy these guys. Making Slaves look edgy is an impressive task, but this British recreation of an American recreation of a British reimagining of an early ’70s New York scene is a cliché too far; even worse when you think this all started with Patti Smith’s Easter, and now we’re left with the rock equivalent of blancmange.


Nao gains points for charisma and for being pretty well-known before this, as she’s one of those artists who has been pretty busy actually putting records out as opposed to sticking to showcase events. ‘Bad Blood’ is a pretty decent skewiff pop tune, and Nao demonstrates eagerness to do something interesting with her compositions.  The problem with doing a show in front of a ticket-winning audience in a tiny room is that you’ll no doubt end up with a bit of a stilted atmosphere, and this does not help when you have the steel-drummed soullessness of Mura Musa to illustrate it. The infantile “let me see your lighters” sample really summarises everything wrong here. [Guest vocalist Bonzai’s own material is much better – Ed]  Pretty Vicious are nowhere near as bad as Vant, mainly because they sound sort of genuinely rawkus as opposed to rawk-by-contract – though they do err a little too close to college band territory. An example of a band who have been brought to people’s attention too early for their own good, give them a couple of years getting louder and more experimental and they might sound as good as, say, Spectres, Hey Colossus, Girl Band or October Drift…  Having a ‘socially conscious’ poet to promote seems to be a necessary requirement for Radio 1 nowadays. Although these acts can sometimes come across as a bit like being told off by the Head Prefect, at least Loyle Carner knows and plays off the heritage he’s digging into, is pretty confident behind a microphone, and reminds me a little of the young Plan B in content and delivery.  Billie Marten represents another type of artist that has to be found to fill a ‘softly spoken folky persona’ quota. In the nicest way possible this sort of sounds like nothing to me, and therefore is annoyingly passable.  The good thing with grime artists is they always look like they care, which is refreshing. This show set-up does Section Boyz no favours, although they have managed to avoid sounding like music by committee, which is ironic given how many of them there are.  Rationale is the best singer of the group; shame we’ve heard the song thousands of times before. I’d put money on him being the most successful of the pack by the time the BBC Sound Of 2017 rolls around…  Nicholas Burman 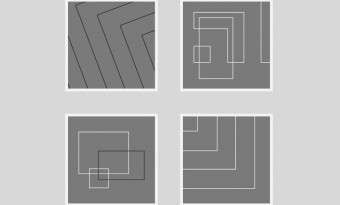