NZCA Lines have an amount of credit with me on account of producing the most perfect pop song about trying to excuse an erection whilst turning it into a chat up line (‘My Compass Points to You‘ – ‘Too right, love, I can see it quite prominently’).

The first album was otherwise pretty bland, but that one promising track was enough to make me curious about the next one, so here I am.

First things first, whatever fucker decided to release a record called Infinite Summer in the middle of winter is a tool. At least when the Scandinavian disco crowd try to melt the ice, they have the decency to pretend they’re celebrating it.

Seasonal affective disorder aside, we do have a pretty warm offering here.

There’s a formula. A shared pallete throughout the album (except on album opener ‘Approach’ which just tries to build anticipation with a pile of strings and someone talking seductively in French). You’ve got some swollen pad-like synths, a slightly stacatto bassline, a simple but usually fairly strong drum-machine beat, and some breathy but high register vocals.

Sometimes NZCA Lines sells it well. ‘Persephone Dreams’ has a blissful underlying throb, eventually overlaid with a guitar impersonating synth roar (possibly actually a guitar… I like that I can’t tell), and dissolving into some lovely steel pans. The title track (which I refuse to name again until May, or, given climate change, March) has some really lovely vocal harmonies. Second single ‘Two Hearts’ has a bassline that could charm the cosiest jumper off, and ‘How Long Does It Take’ has some glorious ’80s power guitar work.

Every track has something distinctive in fact, so the formula isn’t a total problem. It’s just a clear aesthetic. But it’s a hard one to pull off, that kind of nostalgia-tinted futurism. You can tell in an instant what NZCA Lines are going for: driving into the sunset on a near-future LA highway, while cosplaying as someone from Miami Vice. It’s a thing.

But in order to work, it needs to be perfect. Every tone immaculate. And this doesn’t quite hit that. It’s a hard target, but something subtle is missing in so many places. The drums aren’t sharp enough. Some of the synths last half an instant too long, or not long enough. I think I’m being harsh, but it’s a risk you take when pursuing such a clear aesthetic. If you don’t nail it, you sound like an impersonator.

It’s still a fairly strong album. Some lovely bursts of synth pop that could easily steal a heart or two. But for me it falls just too short, and doesn’t quite get my compass pointing. 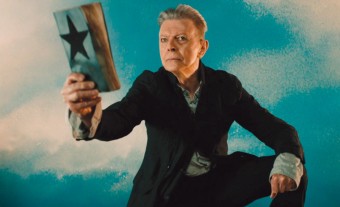 David Bowie's parting gift, Blackstar, feels like a very different album now than it did on Friday morning...
Read More