John Peel is famous for once saying “listen mate, life has surface noise” to a plonker who was complaining that vinyl records sometimes crackle and hiss. The philosophy that unplanned additions can make a record as much as what the writers and performers actively put into them is one that’s always existed in underground or leftfield music scenes.

Many early gospel and jazz records in the US were purely live recordings, and captured the spirit of the music perfectly. Lou Reed’s Metal Machine Music asked you to listen to “pffsshhttppssshtt-zzzmmmmm” for longer than is healthy. Punks initially refused to stay in time or tune, and techno often seeks to recreate the concrete, reverberating atmosphere that naturally occurs in the concrete warehouse spaces it originated in.

If there’s one thing that the first five years of the teenies have been known for, it’s not surface noise. The latest generation of slacker rockers can’t afford tape (bar the King Slacker himself Mac DeMarco), dance music has become stadium fodder, while the intricacies of Flying Lotus would sound a bit peculiar if they weren’t produced with FlyLo’s particular ability to make his compositions shine from the speakers.

Of last year’s two big ‘cross-over’ releases, Grimes’ Art Angels and Kendrick Lamar’s To Pimp A Butterfly, neither went for gritty production techniques. The Grimes album in particular was so glossy it sent our editor running, leaving her off the Albums Of the Year list.

With all this high quality sheen sliding down your ear canal, and all those elements battling your eardrum being the way to success for generation YouTube, it was only a matter of time before the underground started peeling everything away again.

Last year we were hyping the musique concrete techno of Lakker, the memory-orientated invention of Panoram and the autuomonous minimalism of Haddon. Just round the corner is the first of three yearly Mutek events, with showcases hitting Barcelona in March (last year we covered Herman Kolgen, and no one is as minimal or effective as the self-styled ‘audiocinetic’ sculptor). As Matt Unicomb notes in Resident Advisor, “there’s a huge appetite for subtle sounds, despite all the recent attention on various kinds of more in-your-face dance music.” With turntable sales having boomed over the Christmas period, it seems like a new generation of listeners may be interested in hearing a bit of the crackle and fizz that previously helped define alternative scenes.

As with any sub-genere, it’s almost impossible to keep everyone happy with any definition, and one of the artists below even described calling their music ambient as “a cop-out”. One dictionary definition of the word ‘minimal’ is: “characterised by the repetition and gradual alteration of short phrases.” I combined this with the sense of being against the aesthetic of the likes of Diplo, Skrillex and even PC Music, to make Minimal(ish). Yes it’s shit, but it’s the best I can do right now. With this in mind we thought we’d do a little rundown of some early 2016 releases continuing to trim the fat and allow that surface noise to exist. Don’t do up your seatbelts…

First up is R&S, a label who had a stellar year in 2015. Their latest release is Alex Smoke’s spiritually influenced fields of distortion. The producer blends Euro beats reminiscent of Gus Gus with darker, industrial inferences. I’m still getting used to the vocoder vocals, but the likes of ‘Yearning Mississippi’ and ‘Astar Mara’ are darkly seductive affairs, the former reminiscent of Depeche Mode at their bleakest.

Where others would push the idea to the edge of it being interesting anymore, Smoke instead cuts it short and asks you to move onto the next coda, with most tracks clocking in at around three minutes. The benefit of this is that ideas you don’t like pass by quickly and ideas you do like beg for a repeat.

Manchester-based Howes has made multiple appearances on the blog, as both a musician and a writer. His debut album 3.5 Degrees is about to be released via Melodic Records, and the preview stream over on the Quietus (Quiet(ish)?)reveals it to be as untwining and engrossing as we’d hoped.

It’s as close to a live album as you can get without it being recorded in front of a crowd, with mistakes and accidents left in. While there’s minimalism in Howes’ compositions, there’s no power lost in the effect on the listener. Lead-in track ‘Overveen’, released late last year, still sounds positively epic.

Lastly, we’ve pìcked an upcoming EP release from Lone’s Magicwire imprint, whose tagline is ‘Bringing you sounds from distant lands’. Maryland producer Lance Neptune fits in with the label’s ’80s VHS aesthetic; check out the old-school vocal stylings of ‘Golden Inferno’ when Animal Eclipse is released on February 12. Boiler Room premiered track ‘Janus’ feels like it could dissolve at any moment, the percussive beat lending a tribal hand to the proceedings. 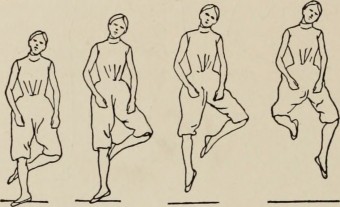 A cadre of Monitors scribes select their favourite tracks of 2015, accompanied by an extensive Spotify playlist collating the year's finest music...
Read More