It’s a sad Single-Minded today, as we ruminate on yet another small London venue closing its doors. At least Sauna Youth are scheduled to play Power Lunches’ closing party, and they’re one of several acts keeping our spirits up this week…

Formerly Antony of Antony & the Johnsons fame, ‘4 Degrees’ is a relatively epic (unsurprisingly, given production duties were undertaken by Hudson Mohawke and Oneohtrix Point Never) track that fans of Woodkid will enjoy. No doubt released to coincide with the Paris Climate Talks, while the central imagery of “I want to feel them boil… I want to see them burn” feels biblical, I do feel like the music could develop a little more to add to the atmosphere. Nicholas Burman

Anyone who’s seen Soul Of America, the biopic of the amazing vocal talent that is Charles Bradley, will know just what an important figure his mother was in his life. No surprises then, that his cover of Black Sabbath’s ‘Changes’, picked due to its lyrical associations with loss, is as emotionally propelling as we have come to expect from him. Bradley’s purposefully old school approach is a welcome endocrine system trigger in a world where music increasingly seems intended to sound clever rather than emotional. NB

I’ve just checked, and it’s literally three years since I first tipped Elliott Power for success. He’s sure taking his sweet time proving me right, offering just an inconsistent drip of releases in the intervening years, but finally his debut album is ready for release in February. ‘Sword Souls’ suggests it could still cause a splash, with Power’s sparkling production and Tricky-esque vocals in full effect, although it’ll be interesting to see if the album pushes beyond this pre-existing formula… Kier Wiater Carnihan

Next to nothing in the press release for this one, beyond a short, fractured paragraph on the Paris massacre. The French producer’s free download is anything but tragic though, as the melancholy opening strings are soon bolstered by a fresh instrumental that sounds like Plaid making a g-funk with Madlib. Plaidlib? Make it happen. KWC

A decent romp which picks up points for the weird digital interferences and shouty vocals in the last movement. NB

Quirky indie-pop just like The Chefs used to make, with an added dollop of swears. The jauntiest rant against the vacuous, self-obsessed tyranny of social media you’re ever likely to hear, and probably the catchiest too. KWC

You sort of know what to expect from The Bug nowadays but when you have a formula, why mess with it? ‘No Guns’ is downbeat, claustrophobic and great. NB

Cakes Da Killa’s flow made me think I was listening to a Le1f track for a second (no bad thing), although Sydney producer Moonbase Commander’s production is better than pretty much everything on Le1f’s somewhat disappointing recent album. A breathlessly bassy treat. KWC

We were gutted to hear that our favourite Kingsland Road music pit Power Lunches is closing this Christmas, with the bitter recrimination that “it has become increasingly difficult to do good stuff in a city that is so focused on making a profit without much concern for anything else.” Ain’t that the truth. Sauna Youth will be playing the venue’s closing party, and the agitated tremors and razor riffs of ‘The Bridge’ should see it off with a bang. Playing Power Lunches was always a sweaty affair, and hopefully Sauna Youth will make its last hurrah the sweatiest yet. KWC

I’d prefer this if it wasn’t for those PIXIE VOCALS. Thanks, PC Music. NB

Teleman return with their strongest single since ’23 Floors Up’, although this is a gloomier affair than the Ziggy Stardust stylings of that track. ‘Fall In Time’ falters a little whenever it moves away from the descending steps of the main refrain, but the signs are there that the follow-up to Breakfast Mstrd could be a significant improvement. KWC

Single-Minded: Jelani Blackman is on Repeat(er) 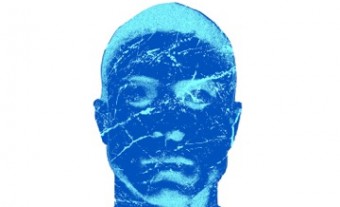 This week's singles column takes in the deep tones of Jelani Blackman, the breathy cooing of Eddi Front and the vibrant return of Velcro Hooks...
Read More