London-based artist Iman comes with some pretty glittering credentials, having been championed by the likes of MistaJam and Gilles Peterson and worked with Rudimental, Ed Sheeran and Mike Dean (the Kanye West producer, not the Arsenal-hating referee).

However, it’s clear from her outstanding single ‘Golden’ that Iman saves her best songs for herself – and we’re proud to prove exactly that with the premiere of the track’s visual. The lyric video invites you to literally read Iman’s lips, as she delivers a rampantly addictive melody over a strident beat and some solid gold synths.

Having just listened to it for the fifth time in a row, we’re not joking when we use the word addictive either. It’s genuinely one of the best pop tracks we’ve heard in an age, with the spoken word sections adding a sultry finish. Iman explained to us where that touch came from:

“When I was writing ‘Golden’ I was thinking about how to make it so it has got spoken word in the chorus. It was new for me as none of my other songs have that. I also felt a bit self-conscious because it is a little unusual, but I rolled with it and am glad, ’cause for me it works stylistically with the production and overall feel of the song. I wouldn’t have it any other way.”

Premiere: Tony Njoku - There Is No Way 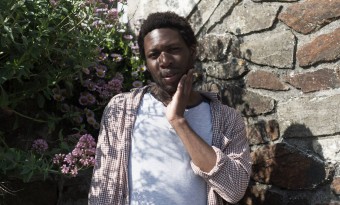 The slowly erupting emotions of this stunning new composition by Tony Njoku are sure to stop both you and the odd mythical Greek king in your tracks...
Read More