I don’t know about you, but I generally associate the words ‘live stream’ with desperate searches for illegal portals through which to view Premier League football on a Saturday. Luckily, tonight, we are able to present a live stream from the heart of Shoreditch that promises to be totally free of play-acting footballers, distorted Russian commentary or pop-up ads featuring scantily-clad women advertising gambling sites. For tonight, we bring you an entire night of the magnificent Match&Fuse Festival.

Kicking off last night at the famous Vortex jazz club in Dalston, Match&Fuse continues tonight at Rich Mix and tomorrow across various venues, bringing a truly adventurous roster of acts to Hackney with a line-up that ignores the borders between genres as defiantly as it does those between nations. We’re thrilled to present a live stream of tonight’s entertainment in partnership with Screensaver Live TV.

Here’s what we have in store for you tonight:

We’ve championed the hearty sax-stabbed skronk of Snack Family for some time now, and this debut performance of their collaboration with Norwegian artist Natali Abrahamsen Garner should be absolutely crucial. They’ve promised to provide ‘music for the times we’re sweating through’, something we’re all sorely needing… 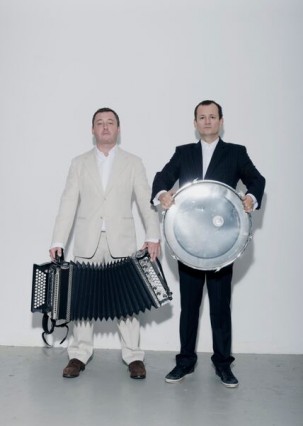 Veteran Austrian duo Attwenger will be bringing their idiosyncratic mix of electro, punk, rock and hip-hop to the UK for the very first time, with drummer Markus Binder and accordionist Hans-Peter Falkner set to offer viewers something they’ll have never witnessed before. Don’t just take our word for it though, take the late John Peel’s, who said of the band: “I have no idea what it’s all about, but I like the general noise a great deal.”

The latest album by French five-piece Alfie Ryner is titled Raging Chicken, and it’s certainly the sort of music you can imagine a cockerel going mental to (either pre- or post-decapitation). A furious serving of ‘jazz trash’, the band’s anarchic approach belies a sophisticated sound – albeit one that’s been thrown into a sack, set on fire and then chucked through your window.

A jazzy Bristolian blow-out sure to delight fans of groups like Polar Bear and The Comet Is Coming (not to mention those Get The Blessing’s members sometimes moonlight in: Portishead and Radiohead), this is an absolutely immense way to end the evening. The band’s recently released fifth album Astronautilus is a worthy tribute to the genius of the late Ornette Coleman – the Mercury Prize nominees are being announced as I write this, and I’m already gearing myself up to be furious if this record isn’t on it.

Tonight will also be Get The Blessing’s only London date this year, as if you didn’t already have enough reasons to watch. Although we have no idea whether they’ll be bringing these guys with them:

Tickets for some Match&Fuse events are still available here, but if you can’t make it tonight then please do join us at 8pm for what promises to be an explosive evening…

If you have any difficulties viewing the stream, please navigate your way to the Screensaver TV website… 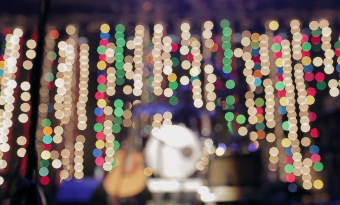 Canadian seven-piece Hey Rosetta! have lit things up with a festive live video as they prepare to play the Camden Forge tonight (and perhaps disrupt the Tory conference in Manchester tomorrow...)
Read More